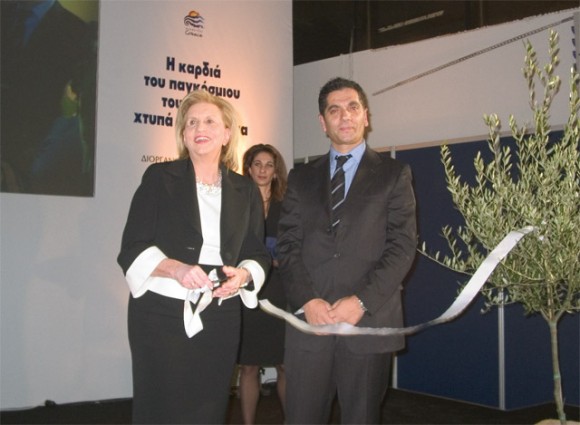 MACT, S.A., the ITS organizer, reported that for its first year ITS drew 200 exhibitors from Greece and Cyprus, and 28 from other countries and organizations. A total of 14,000 visitors attended the event throughout the course of the four days.

The exhibit booths showcased tourism destinations, businesses, hotels and tour operators from all over Greece, with some emphasis on alternative forms of tourism such as agro, athletic, spas and ski resorts. International participants included Cyprus, Turkey, the Vienna Tourism Board, and countries in central and south America, and eastern Europe.

ITS 2006 officially opened with a ribbon-cutting ceremony and speech by Greek Minister of Tourism Fanni Palli-Petralia who described it as a significant initiative to strengthen Greek tourism that not only promoted the country but also cooperation among the various authorities and businesses.

“We want this event to be the foremost annual meeting point for Greek and international tourism enterprises. We want ITS to have international distinction and to help increase the potential of Greek tourism on the global market,” added Mrs. Palli-Petralia. 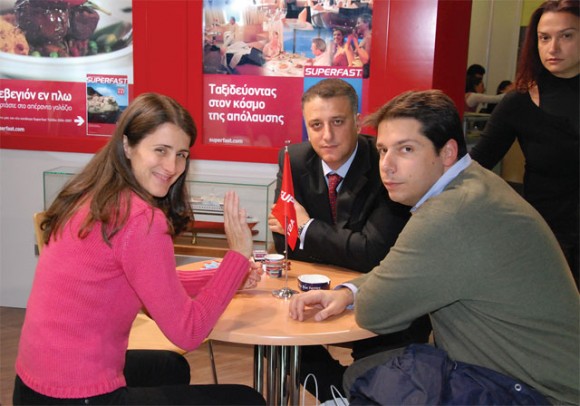 An ITS press release described the event as a dynamic attempt to promote tourism in Greece and Athens, in particular. As well, while the exhibition had some weak points, the organizers were already using the lessons learned as they prepare for the next rendezvous in November this year.

Several interesting events ran parallel to the exhibition. The great revenue potential of cruises in Greece was reiterated by Yiannis Evangelou, president of the Hellenic Association of Tourism and Travel Agencies (HATTA), at the presentation on “70 Golden Greek Cruising Destinations.” Mr. Evangelou said, “the Greek cruise industry can attract as many as 5 million visitors.”

For this to become a reality, he continued, “cruise destinations must be developed with the appropriate infrastructure and attention for every class of vessel, from the great ocean-going cruise ships to small yachts and sailboats.” Mr. Evangelou said to begin with the country should focus on preparing 70 destinations, on the mainland and islands, through a careful process that must involve the cooperation of the state, local authorities and businesses.

Cruising is not an alternative form of tourism, but its own form of tourism. Last year, 11 million passengers took cruises around the world. While 140 cruise ships plied the Mediterranean, and 43 ships will be added to that number this year.

Another seminar, organized by the Hellenic Association of Professional Congress Organizers (HAPCO) and MACT S.A., focused on promoting conference and congress destinations. For Greece to become a conference destination it is crucial that the Athens Convention Bureau reopens, said Alexis Galinos, managing director of the Athens Tourism and Economic Development Agency.

Yiannis Michailidis, the general manager of Hospitality and Tourism Consulting and Advertising, restated this fact and said, “Greece’s competitors such as Spain and Italy have 27 and 12 Convention Bureau’s correspondingly, while Greece has only one, and that is in Thessaloniki.” 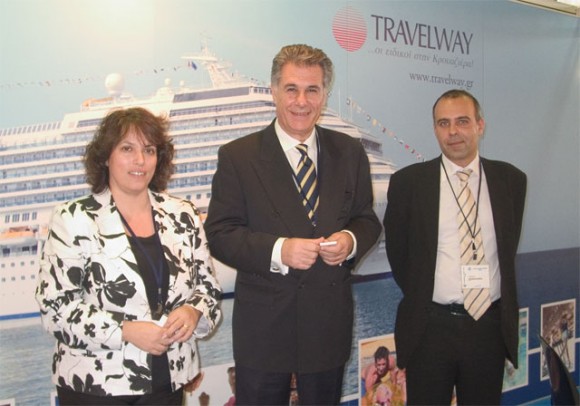 Ulrike Jacobsen, deputy director of the Vienna Convention Bureau (VCVB), presented the great success of the congress industry in Vienna, which according to ICCA statistics is in first place for the number of congresses held annually. The VCVB, a non-profit organization founded in 1969, is among the oldest in Europe and Ms Jacobsen attributes its success to the close cooperation between the bureau, the hotels, meeting centers and agencies, particularly in terms of sharing information and statistics.

The congress industry is an excellent source of income, where the delegates alone usually spend as much as 400 to 500 euros per night. The VCVB’s turnover for 2005 was 503 million euros, an increase of 16.5 percent from the previous year. The great economic benefit of the industry was the main reason the VCVB’s marketing budget was increased to 1.9 million euros last year.

Ms Jacobsen concluded that to face global competition from countries such as China, Singapore and Malaysia, European countries should work together to develop a European brand for the congress industry. 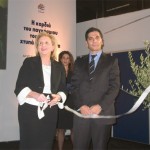 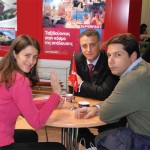 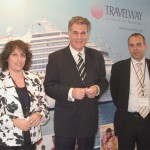 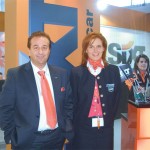 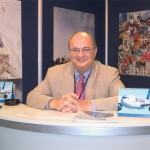 Evan A. Pezas, TourGreece's director of sales and marketing. TourGreece is the official representative for Air Transat in Greece. The Canadian airline flies more than three million passengers to more than 90 destinations in 27 different countries. 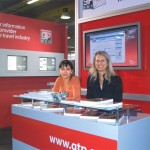 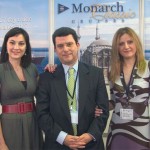 Dr. Pythagoras Nagos, Monarch Classic Cruises' vice-president for marketing and international sales. The company is adding a second cruise ship, the Ocean Countess, for three and four day cruises in the Aegean. 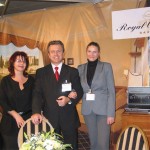 Royal Olympic Hotel's director of sales, George Michalis (center) with Vasso Roumba and Maria Serafeim, assistant sales manager. The newly refurbished five-star hotel has reopened for business and features many luxurious additions and renovations. The official opening will be held in a few months. 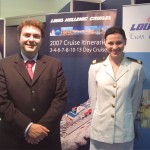 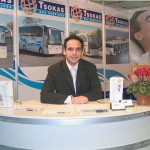 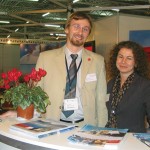 New Tourism and Property Exhibition Set for May