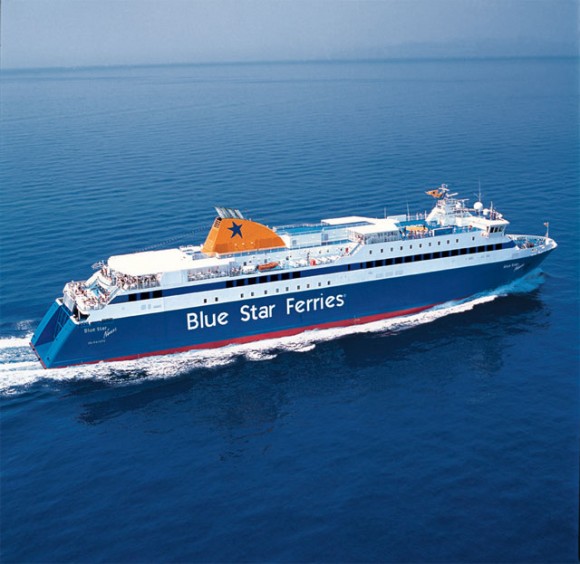 Blue Star Ferries was voted “Passenger Line of the Year” at the Lloyd’s List Greek Shipping Awards in recognition of its responsibility, consistency, reliability and integrity. Blue Star Ferries’ managing director, Michalis Sakellis, received the award at a ceremony in Athens last month.

The Lloyd’s List Greek Shipping Awards panel of judges includes professionals representing a broad section of the Greek shipping community and independent industry experts, which underlines the importance of this recognition.

Earnings per share after tax stood at Euro 0.21 against Euro 0.18 in the nine months ending 30th September, 2005, a corresponding increase of 16.5 percent.

In September 2006, the Group’s parent company, Blue Star Maritime S.Α. sold vessels Patmos and Rodos to foreign buyers. The vessels had been acquired through an auction as part of the total assets of Dane Sea Lines and their operation was not deemed commercially viable due to their old age. The total sale price was 2.36 million euros and the profit from the sale was about 300 thousand euros.