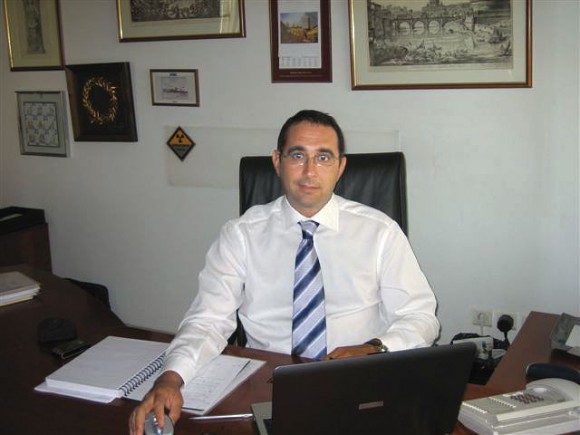 Antonio Temporini is Alitalia’s new regional manager for southeast Europe, including Greece, Cyprus, Malta, Israel, Romania, Bulgaria and the Balkans. Mr. Temporini has 16 consecutive years of professional experience in the airline industry, and has particular expertise in the areas of business and sales.

Alitalia operates eight flights per day from Greece to Italy. Three flights to Rome and three to Milan depart daily from Athens, while one flight to Rome and another to Milan depart daily from Thessaloniki. From these two hubs, passengers have a wide choice of connecting flights within Italy and to the rest of the world. Within Italy, Alitalia serves 28 airports with 1,414 flights a week, while in Europe, the company serves 56 airports with 1,407 flights a week.

Also, Alitalia has been a member of the SkyTeam international alliance since 2001 joining such leading airlines as, Northwest, KLM, Air France, AeroMexico, CSA Czech Airlines, Continental, Delta and Korean Air. Through the Skyteam alliance network passengers can travel to 684 destinations in more than 130 countries.

During 2005, about 24 million passengers flew with Alitalia, an increase of 7.8 percent compared with 2004. To meet increasing demand, many more flights have been added to Eastern Europe, India and China from the company’s two hubs, Rome and Milan.

Alitalia has been flying passengers and cargo all over the world since 1947. In addition to flight and ground operations, the company deals with related activities such as marketing, business strategies and sales.