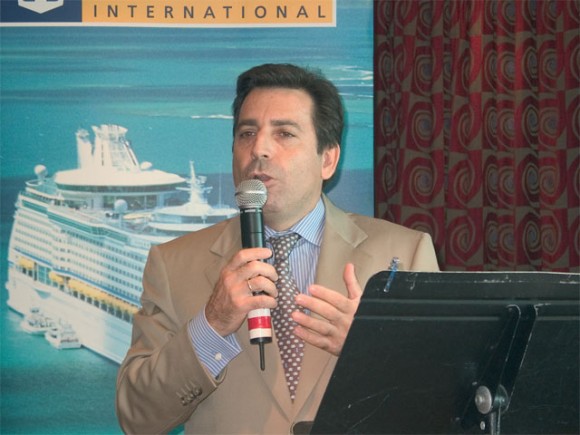 Cruises are a serious vacation alternative for younger people, said Andreas Stylianopoulos, general manager of Navigator Travel, at a recent press conference aboard Royal Caribbean’s Brilliance of the Seas.

Mr. Stylianopoulos continued by saying that the notion that cruises are for older people is breaking down. Royal Caribbean International is targeting people aged 30 to 55 who want to holiday in style and have a range of activities available to them. He added that cruises are also becoming popular with families because of the entertainment options for children.

The new generation of huge luxury cruise ships, like the Freedom of the Seas – the biggest cruise ship in existence, are completely changing the industry. Activities aboard such as surfing, rock climbing and basket ball appeal to a younger and more active crowd.

Competition among the companies is also bringing the price for cruises down, and since cruises are all-inclusive they often are a better deal than a five-star hotel.

Princess Cruises To Embark From Piraeus in Spring 2007