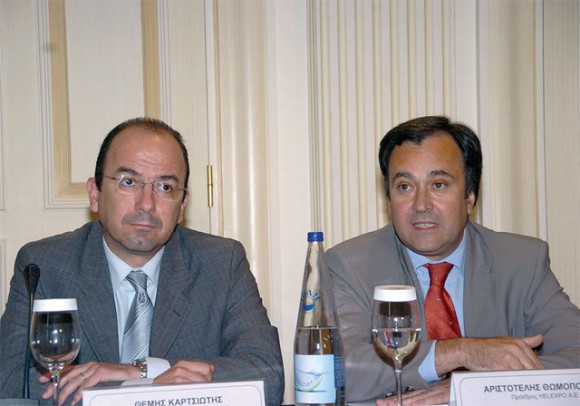 Helexpo’s president, Aristotelis Thomopoulos, said the new facility, budgeted at three million euro, should be ready by March 2007. Mr. Thomopoulos said that by using the new facility in conjunction with the nearby Helexpo Palace, “we are creating a larger and more modern exhibition complex in Greece, second only to the Thessaloniki International Exhibition Centre, and this will have positive consequences for the further growth of the Greek expo market.”

Giorgos Orfanos, deputy minister of culture (sports), said this agreement benefits the center, a premier athletic installation in Europe, and also part of the significant legacy from the 2004 Olympics. The agreement will not only contribute financially to the center’s operating and maintenance costs, but also support the economic, social and cultural life of the country.

The new facility, with an area of 15,000 square meters, will be capable of hosting up to 15 exhibits and other large-scale events every year. The facility will have state-of-the-art infrastructure, storage areas, offices and dining facilities, and will be completely accessible to persons with disabilities.

Another advantage is that the new facility will be next to the Irini train station, which will make for easy access by train, metro and the suburban railway. Ample parking will make driving an option as well.

Direct Flights from Athens to Montreal and Toronto