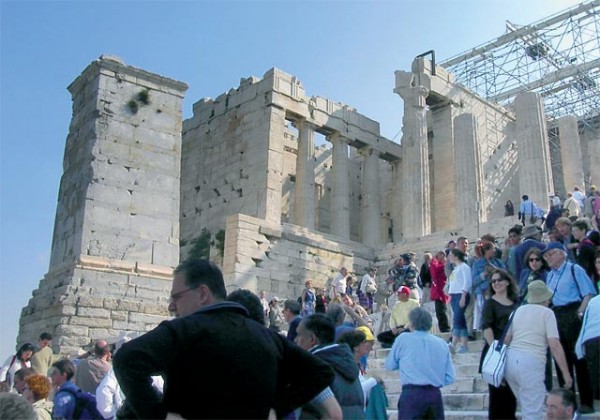 The Organization for Tourism and Financial Development for Athens (OTOAA) submitted a bid to organize the annual City Break Expo and the European Cities Tourism (ECT) conference in Athens in June 2007.

The City Break Expo is a specialized exhibition geared for city break tourism. This is a lucrative tourism market sector that Athens is missing out on, says the city’s development office, and one that would help to strengthen the inflow of tourism and extend the tourism season.

This year’s expo was titled, Europe Meets Asia, and Athens participated as an official member-city. OTOAA representatives promoted Athens as a modern city completely upgraded by the improvements made for the 2004 Olympics, and one with a diverse tourism product and excellent potential for city breaks.

A survey of 100 visitors and professionals at the expo revealed among other things that 73% would promote Athens as a city break destination, while 37% for summer holidays and 33% for incentive travel. Of those surveyed, 96% agreed that Athens was a modern city with up-to-date infrastructure.

OTOAA was established by organizations including the Municipality of Athens, the Hellenic Hotel Chamber, and the Association for Hellenic Tourism Businesses. The organization’s mission is to showcase Athens as a modern capital that can be a popular tourism destination throughout the year. The organization also is intended as a platform to coordinate all aspects of the tourism economy in Athens and Attica.

ECT is made up of 150 member-cities from 30 European countries and its basic purpose is networking, exchange of know-how and cooperation to promote urban tourism.