Princess Cruises To Embark From Piraeus in Spring 2007

S Cruiseplan, said, “will give Greeks the opportunity to escape completely from their daily routine.”

Cruiseplan, created by Eurostar S.A. (a subsidiary of Lambrakis Press Group), specializes in cruises and
organizing events at sea, such as conferences and incentive travel. Cruiseplan is one of Princess Cruises’ selected agents in Greece. 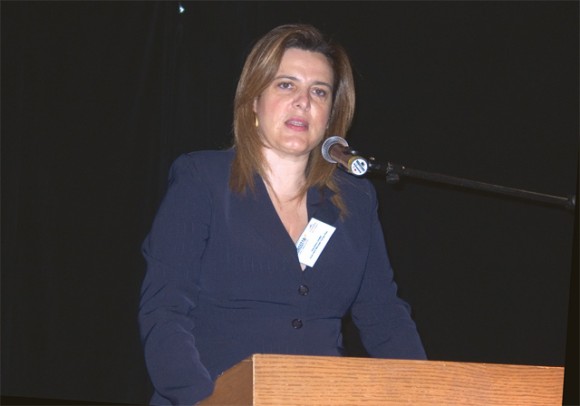 Ms Galanou spoke about Princess Cruises while on board the Grand Princess (capacity for 2,600 passengers), which called into Piraeus last month on a cruise of Greece and the Mediterranean. “Princess Cruises was founded in 1965, and first offered cruises only to Mexico. But in 1977 both the company and the concept of cruising holidays took off, when the company’s ship, Pacific Princess, starred in the popular television series
‘Love Boat.'”

Today, the company offers 100 itineraries to 270 ports around the world, from Hawaii, the South Pacific, Australia and New Zealand, South America, the Caribbean, Alaska and, of course Europe. Every year about one million passengers are hosted aboard the company’s 15 ships.

Princess Cruises, continued Ms Galanou, offers excellent customer service. Its grand ships are designed to provide the warm, intimate atmosphere of a smaller ship, while offering many activities, including Broadway-style shows, feature films, a nightclub and casino, athletics, spa and beauty treatments, youth clubs, and art auctions. A “scholarship at sea” program features classes from digital photography to wine tasting. The company also has itineraries that combine cruises with land tours, and cruises that include hotel packages at embarkation or debarkation ports.