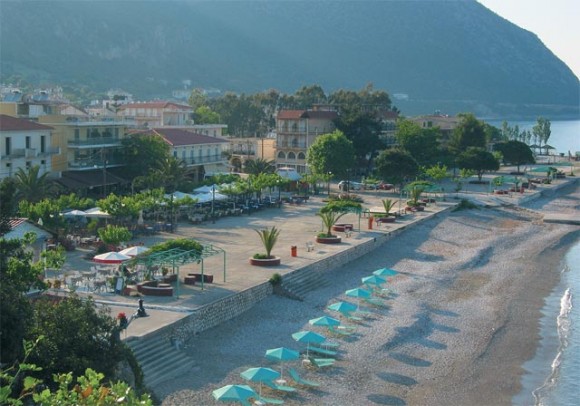 Neatly dressed in a double-breasted blue suit, a Greek fisherman’s cap firmly set over his white hair, Theodoros Exadaktilos recounts the summer of 1963 when he brought the first tourists to Kefalinia, the largest Ionian island.

“There weren’t any hotels then. We built a tourist center in the town of Poros, and used donkeys to take the visitors to their rooms,” Mr. Exadaktilos tells the group as they travel by ferry from the port of Killini, on the western Peloponnisos, to Kefalinia.

Many things have changed since then. During a familiarization trip organized by HATTA, and sponsored by the Municipality of Elios-Pronnoi, we found that tourism has developed at a moderate pace over the past 20 years.

The ferry docks at Poros, on the southeastern end of the island, which is the Municipality of Elios-Pronnoi’s main commercial center. Poros town now has several small hotels, and numerous rooms and apartments for rent.

Mayor Gerasimos Metaxas tells us that most of the tourism development has been centered on the northern part of the island. Lassi, in particular, situated near the capital, Argostoli, hosts many tourists on packaged tours. Lassi has two of the island’s largest hotels, Mediteranee and White Rocks, and two beaches, Makri and Plati Gialo.

“About 200,000 tourists visit the island annually, and 90 percent of these are British, visiting from May through October,” he adds. 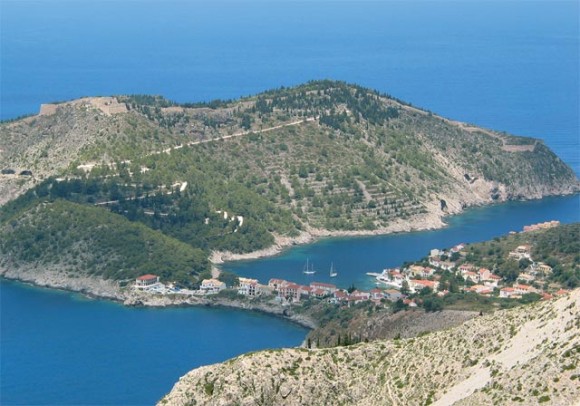 Mayor Metaxas says that the municipality is eager to attract more tourists and discusses recent improvements. In 1996, the road between Poros and Skala, a seaside resort, was paved making it an easy 15-minute drive.

Skala is known for its broad sand beach that extends for several kilometers. This town, as most all on the island was completely destroyed by the earthquake in 1953, but has been undergoing redevelopment. Existing accommodations include small hotels, bungalows, and rooms, totaling about 3,000 to 4,000 beds, says Panagiotis Simotas, president of the municipal council.

According to Mayor Metaxas, investment in Skala and along the road to Poros has dramatically increased in recent years and mainly involves the construction of small two-story luxury villas (of 4 & 5 star ratings) with pools, to draw high-end tourism. Along the Poros-Skala road alone contracts for the construction of villas with a total of 2,000 beds have already been signed, and construction is underway.

Protecting the environment is a top priority, said Mayor Metaxas, as well as controlling new development and keeping the island clean. A biological sewage treatment plant is already operating in Argostoli, and plans are in place for one locally. Mr. Simotas points out that a new machine has been purchased to keep the Skala beach clean. He also talks about development of the municipality’s other beaches, Potamakia, Loutraki, and Katelios. Another beach, Kaminia, is a protected because the rare sea turtles (Caretta caretta) lay their eggs there. 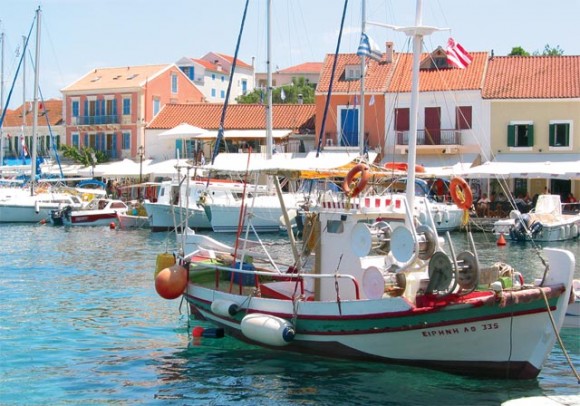 One of the island’s unique natural features is Mt. Aenos, whose tallest peak rises more than 1,600 meters above the sea, and which is one of Greece’s ten National Parks. The park covers about 28,000 acres and is the only place in the world that the dark green fir tree (Abies cepahlonica) is found, and also home to a rare breed of wild horses.

The municipality also has historic and archaeological sites. One of the most significant is a tholos tomb, near Tzanata village, dating to the Mycenaean period. Excavations in 1992 uncovered seals, pottery, gold jewelry and copper tools. Other sites include the 6th century B.C. Temple of Apollo or Poseidon, and mosaic floors from a Roman-period villa both near Skala.

Mayor Metaxas points out that the island’s many assets can be used to diversify their tourism products and draw both Greek and international travelers.

“Marine tourism is a significant area for development, and plans are already in place for building marinas in Poros and Skala,” he begins.

He continued by discussing mountain and athletic tourism as another avenue being developed. The Mount Aenos Park already has an access road and an environmental information center is planned. Several walking trails have been developed, through the EU LEADER program, from Poros, and between Pastra and Katelios. The municipality organizes the Telemachian Run, a race from Skala to Poros, and there is also a bicycle race around Kefalonia every spring.

“Religious tourism,” adds Mr. Simotas, “is another possibility since there are many churches and monasteries on the island.” One is the convent dedicated to the island’s patron saint, St. Gerasimos, while another is the Panagia Fidoussa church in Markopoulo village. 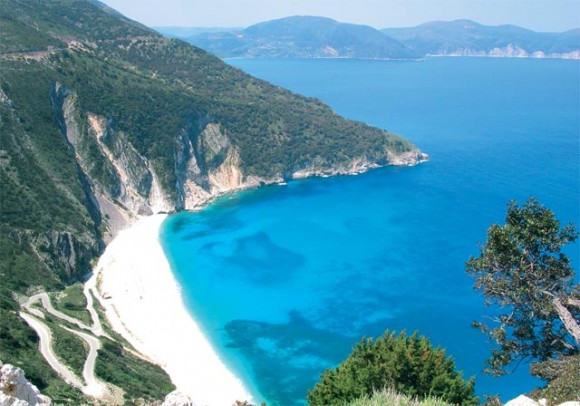 A two-day tour with members of the local government highlighted the many sites on the rest of the island. A short ride from Poros is the St. George Fortress, which dates to about 494 A.D., and was the island’s capital until 1759.

Argostoli has several museums, a library and theatre. Across the bay is Lixouri, where a newly constructed theatre can also serve as a 300-seat conference center. Nearby is the Kipouria Monastery and several beaches, Petani and Xi.

At the northern tip of the island is Fiscardo, a picturesque harbor town whose buildings stood through the earthquake, and to the northwest, is Assos village and a Venetian fortress, and the famous Myrtos beach.

On the island’s east side is Sami, Drogarati and Melissani caves, and the seaside village, Agia Efimia.