Attica Hotel Occupancy Up While Room Rates Down 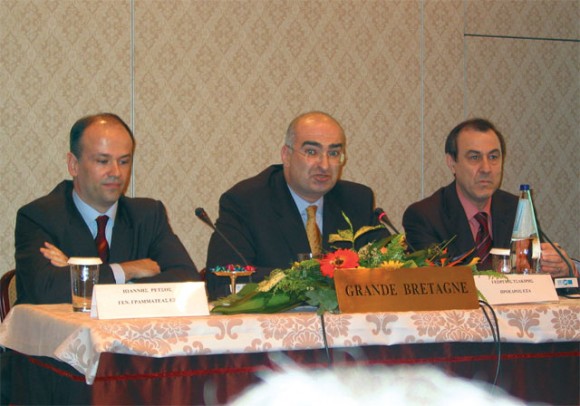 Attica hotel occupancy has increased 5 percent during the first quarter of this year as compared with last year said Giorgos Tsakiris, president of the Attica Hoteliers’ Association (EXA) at last month’s general assembly meeting. However, Mr. Tsakiris continued, room rates remain low. Prices dropped dramatically in 2005 because of the great number of new and refurbished hotels on the market without an increase in demand.

Mr. Tsakiris began by stressing the need to move forward on the metropolitan conference center, as “two years have passed since the Olympic Games and conversion of the facility has not begun.”

Then Mr. Tsakiris said that a specialized advertising campaign is essential to promote Attica by highlighting its unique characteristics and numerous attractions, and further that Attica must be promoted as an ideal city break destination.

Mrs. Petralia responded that a request for proposal will soon be issued for conversion of the Tae Kwon Do facility into a conference center through the new public/private partnership legislation (SDIT).

Finally, Aris Ikkos of JBR Hellas presented the results of survey, commissioned by EXA, on “Attica Hotel Customer Satisfaction.” The survey found that this year almost 40% of the visitors booked or researched their trip using the internet. Also, about 85% of visitors surveyed said they would return or recommend the area to friend, against 75% last year.