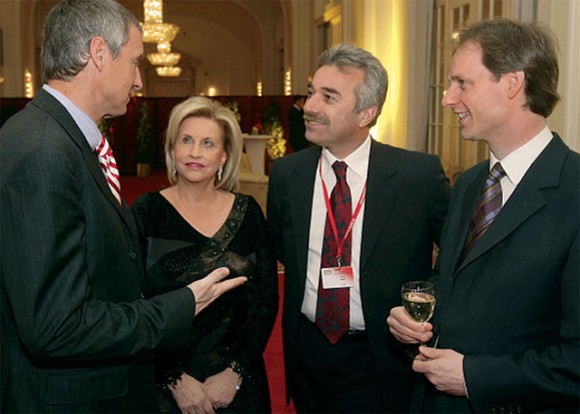 Ministers and government representatives from the EU-25, the accession and candidate countries, EFTA/EEA and the Western Balkans met in Vienna last month for a European conference of tourism ministers.

“Today, tourism is one of the most important, most dynamic and most attractive sectors of the economy and is increasingly being recognized as a driver for growth and jobs,” said Martin Bartenstein, the minister responsible for tourism in Austria.

The delegates discussed as well a number of innovative projects in the field of tourism, culture, and of information and communications technology.

“Tourism offers some of the best opportunities for growth in Europe, and the positive trend is continuing,” said Mr. Bartenstein, who is also the president of the EU Tourism Council.  Tourism, he added, contributes around 10.9% directly and indirectly to the economy, and this figure is expected to show an above average increase to 12% by 2016. “Tourism and the leisure industry can also be a driver for jobs,” he said. “In the EU, 23.8 million jobs – 11.8 % of total employment – depend directly or indirectly on this sector. And according to estimates, this figure will rise to 13% by 2016. Thus, approximately every eighth job depends directly or indirectly on tourism.”

Mr. Bartenstein said that Europe is in an excellent position in an international comparison of tourist destinations: in terms of foreign exchange earnings, six EU countries, including Austria, figure among the top ten according to a survey by the World Tourism Organization.

According to the minister, the tourist industry is a service sector with relatively low potential for productivity gains, so any growth in tourism normally creates more jobs. It is also a localized service, so it is less susceptible to international price competition.

Mr. Bartenstein said he welcomed the European Commission’s new strategy to promote tourism, under which it will have a coordination function. This, he said, is an example of initiating measures for more jobs in keeping with the aims of the Lisbon Strategy.

The European Commissioner responsible for tourism, Gunter Verheugen, stressed the need “to do more to ensure Europe remains a leading travel destination.”

The new strategy would support the individual countries in their own efforts, since the Union itself does not have any direct powers in this field.  The aim is to ensure “more efficient, better coordinated promotion of Europe as a unique travel destination,” he said.

The Commission’s objective, according to Mr. Verheugen, is to ensure that account is taken when planning measures in other areas, such as regional policy or transport, of the extent to which the tourist industry can be supported at the same time.

The conference also saw the launch of the new, pan-European travel portal www.visiteurope.co, developed with funding from the European Commission, which will be operated by the European Travel Commission.

The launch of the new travel portal gives the traveling public a new, multilingual instrument with which to find information about Europe. This portal was set up by the European Travel Commission on behalf of the European Commission and seeks to open up a wholly new view of Europe as a travel destination.