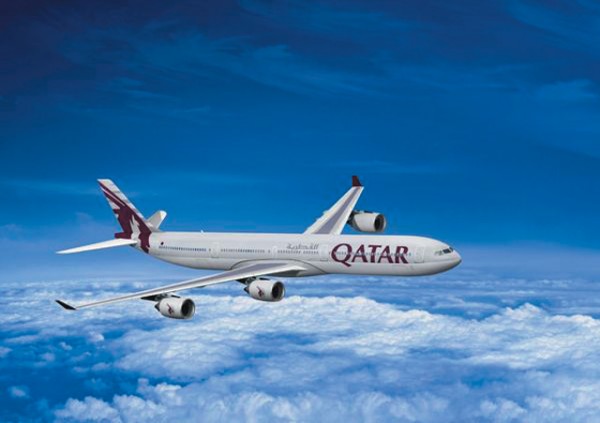 Qatar Airways during the recent ITB tourism fair unveiled its brand new look that takes it into the next generation of air travel. From new aircraft livery to innovative onboard products, award-winning Qatar Airways says it is making radical changes to its image, reflecting itself as a more progressive and confident airline.

The enhancements are part of an on-going product revamp that began last Autumn with the roll-out of a new style of onboard service across its premium cabins on long-haul flights.

Beginning this summer, the five-star-ranked airline will introduce redesigned livery on the newest addition to its rapidly-growing fleet – the Airbus A340-600 High Gross Weight aircraft.

Qatar Airways is the launch customer of the High Gross Weight version of the A340-600 aircraft, which is capable of flying up to 14 hours non-stop with a full load of passengers and cargo. The new A340-600 will also be equipped with a dedicated First Class lounge, which was also showcased at ITB.

The revamped livery will be rolled out on new aircraft from this summer, while the existing fleet will be repainted progressively over time.

Passengers flying in the premium cabin of the A340-600 will have the added benefit of a dedicated onboard first class lounge that allows them to relax and eat in the comfort of their very own special area. Epitomizing luxury and innovation, the new first class lounge promises to be one of the best in the air when it takes to the skies this summer. 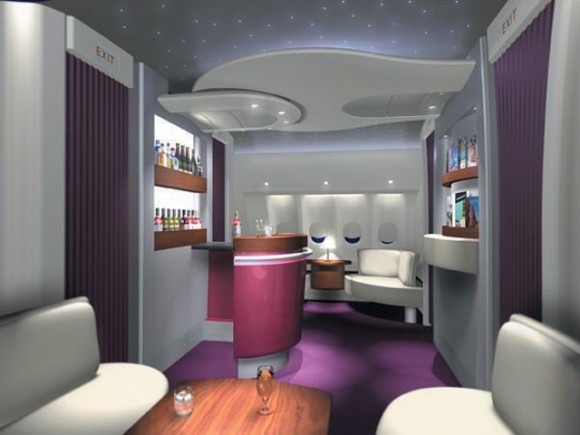 The lounge features a stand-up bar with drinks rack and spotlight mood lighting. It also features cream leather sofas that can seat up to six passengers. Lampshades are positioned on two teak wooden tables, while a special additional aspect is electronically operated window shades.

Qatar Airways’ CEO, Akbar Al Baker, described the revolutionary changes as a “giant step forward” for the airline as it enters the next generation of air travel. “We are operating in one of the most competitive industries in the world where passengers have greater choice and are more demanding,” he said.

“We cannot rest on our laurels which is why we are taking significant steps forward in both our image and product offering. This is the first livery change since Qatar Airways’ relaunch in 1997.

Doha-based Qatar Airways has ordered ten A340-600s for deliveries beginning this summer over a two-year period. The aircraft is designed to operate long-haul flights such as Doha to Europe, United States, Far East and Australia. All new A340s joining the fleet will feature the new livery.

Qatar Airways plans to make its first foray into the North American market later this year with direct non-stop scheduled flights to the United States.