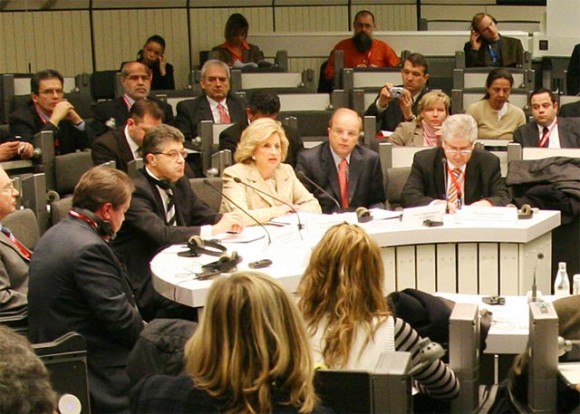 The well attended press conference given by Greek Minister of Tourism Fani Palli-Petralia, during ITB Berlin 2006.

Greece, for the first time, bathed in the limelight as the partner country at the 40th global tourism expo ITB held last month in Berlin. Greece hosted the opening event and reception for over 5,000 guests with a rich artistic program that included singers Alkistis Protopsalti and Helena Paparizou.

As well, this year marked the country’s largest participation ever. The Greek pavilion stretched over 2,255 square meters. And with new colors and a new concept, it hosted more than 70 exhibitor-representatives from all sectors of the tourism industry. 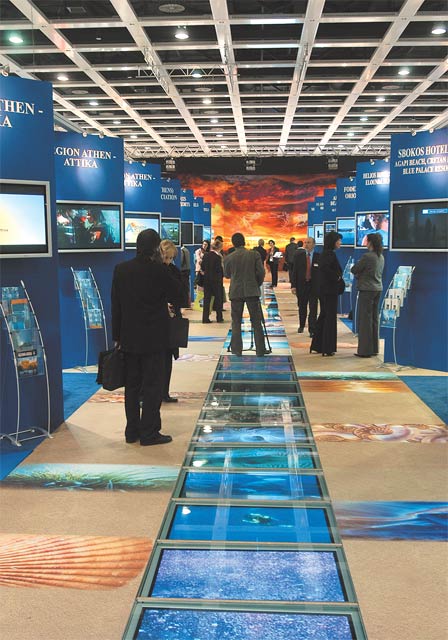 A stream of delightful holiday impressions leads visitors to the 40th International Tourism Exchange ITB Berlin 2006 to discover the various regions of Greece. Greece was the official partner country at this year’s ITB.

And Greece was everywhere. As part of the schedule of events, Tourism Minister Fani Palli-Petralia spoke at a business forum, sponsored by the International Herald Tribune, on investment opportunities in Greece’s tourism sector.

She also said visitors from Germany, Greece’s main foreign source of tourism, are expected to increase by 8-10% this year, according to a research study commissioned by the Greek National Tourism Organization.

The study, conducted by the BAT tourism research institute, found that Germans rate Greece as their second most favorable destination after Austria (including their own country), with rival Turkey in sixth place. Greece attracts more than 2.5 million German visitors annually.

On the whole, respondents said the staging of soccer’s World Cup in June will not deter them from traveling, even after the event, with 67.2 percent saying they intended to go on trips at least five days long.

Greece’s biggest tour operator, TUI Hellas, says that the number of bookings in Germany for Greek destinations this year have been encouraging so far, with similar indications from France, the Netherlands and Belgium. In contrast, the British market for Greece has been rather subdued.

At the ITB press conference, Ms Palli-Petralia said that the country’s “strategic goal within the next ten years is to achieve an increase in tourism of at least 50%.” She added that the ministry’s two new priorities are to “lay the foundation for a twelve-month tourism economy and to develop new forms of tourism.” 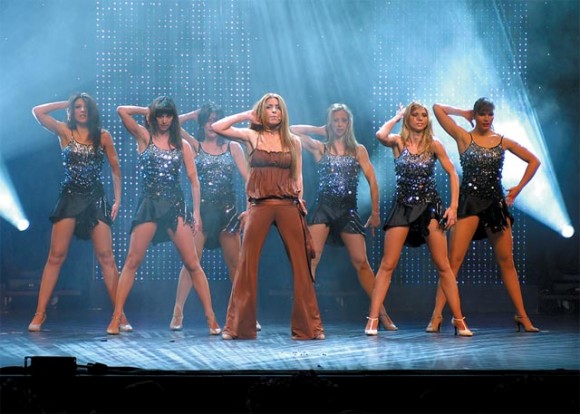 The winner of the 2005 Eurovision Song Contest, Helena Paparizou, on stage at the ICC Berlin complex during ITB opening ceremonies.

She also discussed the government’s willingness to make the necessary changes to improve the quality of tourism because it is a pillar of economic development and a foundation for regional and social cohesion. She stressed that now is the time for tourism to capitalize on the success of the recent Olympic Games.

In her speech for the opening of the ITB exhibition, the minister said “Greece is expanding and strengthening the basic elements of its tourism economy and at the same time offering new destinations for international visitors.” She also described the organization for the Eurovision contest to take place this spring as a new and important challenge.

In honor of this year’s ITB partner country, a special forum of the ITB Convention was dedicated to the country to talk about Greece’s tourism attractions, its strengths and weaknesses, and its likely future growth as a world-class tourism destination.

The Greece Forum featured a panel of distinguished industry experts who provided some lively panel discussions, which focused on the as yet unexplored and unexploited potential for Greece’s tourism.

The preliminary findings of recent tourism satellite account research, undertaken by the World Travel & Tourism Council and its partner, Oxford Economic Forecasting, suggested that Greece’s wealth of culture, mythology, geographic diversity and unique identity gives it the potential to be one of the world’s leading tourism destinations.

The report also said that the country has significant opportunities for growth, particularly in sectors and regions as yet untapped. 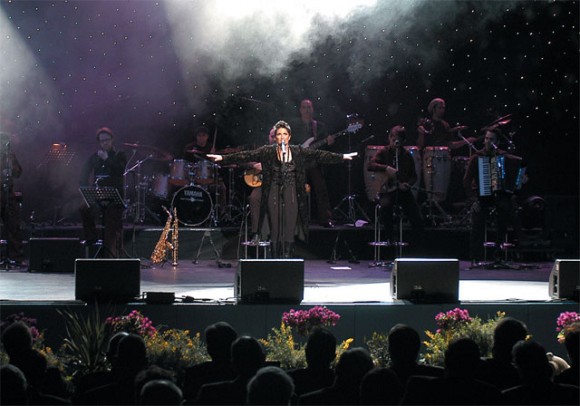 The plethora of guests attending the opening ceremonies of the International Tourism Exchange ITB Berlin 2006 were enthralled by the performance of the Greek singer Alkistis Protopsalti.

The tourism satellite account research estimates that investment in Greece’s tourism this year will reach 5.7 billion euros and that the industry will account for about 700,000 jobs, or 15.9% of total employment in the country. Employment is projected to rise by 1.5% year over the next decade, highlighting the fact that Greece has so far tapped only 15% of its potential in the tourism sector.

Minister Palli-Petralia said the sector’s development is among the government’s priorities and it is planning bold reforms.

“Our responsibility is to boldly proceed to all necessary structural interventions which will enable us to offer competitive and qualitative services in all aspects of tourism,” said the minister.

“Our objective is to reinforce the integral development of Greece’s tourism product, to broaden its time-span, to attract foreign investors in the tourism industry, and promote new tourist destinations.” And she added that “the future lies in alternative forms of tourism – with a special emphasis on religious, coaching and sports tourism.”