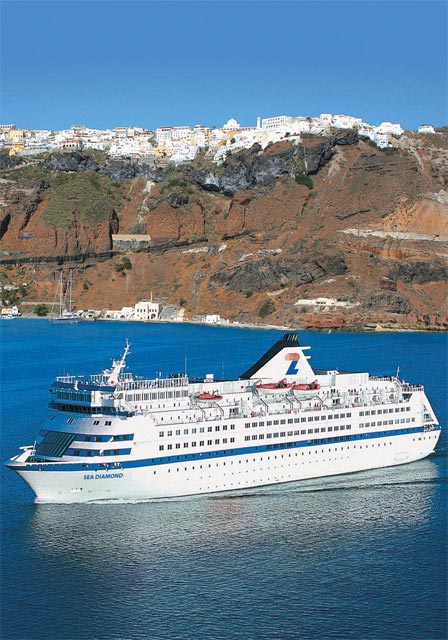 Louis Cruise Lines last month announced the delivery of the latest addition to its fleet, the 1,250-passenger cruise ship Sea Diamond (ex-Birka Princess). After its planned upgrading, the Sea Diamond this month begins 3- and 4-day cruises from Piraeus on behalf of Louis Hellenic Cruises. The acquisition of “Sea Diamond” is part of Louis Cruise Lines’ strategy for the renewal of its fleet and the constant upgrading of the products and services it provides.

From the Port of Piraeus, Louis Hellenic Cruises sails to the Aegean islands and Turkey. Three of the cruise ships of Louis Cruise Lines are under charter to Thomson Cruises (part of TUI) and one to Transocean of Germany.

Meanwhile, cruising figures published recently by the Passenger Shipping Association and the European Cruise Council show that Brits and Germans push the expansion of cruise travel in Europe. With some 1.07 million passengers the UK accounted for 33% of the European ocean cruise market last year, well ahead of Germany with 20%.

The Mediterranean and Atlantic islands remained the most popular destinations for European cruisers last year, accounting for 60% of the total, ahead of the Caribbean and other non-European itineraries with 24% and Northern Europe with 16%.