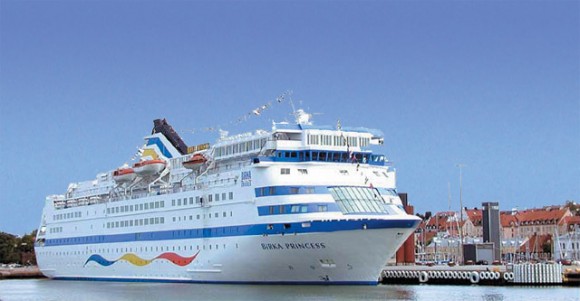 Piraeus soon welcomes yet another cruise ship to its port. Louis Cruise Lines last month signed a $35-million deal for the purchase of the Birka Princess from the Finnish cruise line Birka. The new addition will bring the group’s fleet up to 12, of which four fly the Greek flag. As of April, the vessel will execute three- and four-day cruises from Piraeus.

The vessel, built in 1986 and refurbished in 1999, hosts up to 1,537 passengers in its 584 cabins. It boasts three restaurants, various bars, a big events salon, entertainment areas, conference rooms, an inside pool with spa, a children’s play area and a number of boutiques.

According to the Louis group, the new purchase is but a sample of the company’s commitment to strengthen the Greek cruise industry and tourism to Greece. The company added that this is just one more step toward realizing the aim to make Piraeus a central hub for Mediterranean cruises.