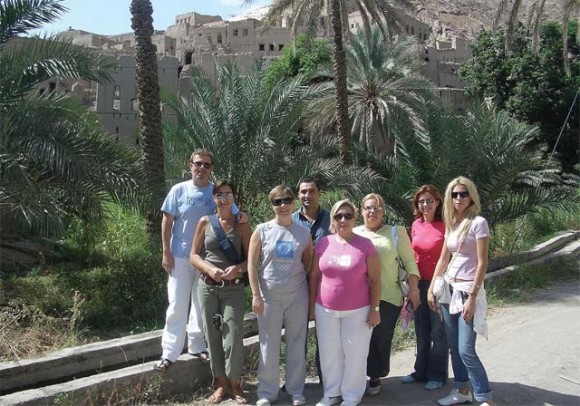 Qatar Airways, one of the fastest growing airlines in the world, does in Greece what it is doing and will do in all major European cities; it’s expanding at a rapid rate. In just months since it opened offices in Athens, the airline has staffed modern offices with more than 20 employees and has managed to pick up a sizable share of travel business.

Morena Bronzetti, Qatar’s area manager for Greece, says head office believes that if you want to expand and open new markets you have to come in strong or not at all. “This is Qatar’s style and it’s one that insists that standards in every area it opens are very, very high,” she says. So far, the airline has opened an average of one new station every month.

Qatar Athens office, under the experienced direction of Ms Bronzetti -she entered the airline industry directly out of college- opened this past March and inaugurated its first flight out of Athens on June 15.

“We are very pleased with the reception received from the local market, and the feedback from customers has been very positive,” she says. “Customers see new aircraft and experience a pleasant onboard environment, which centers on the best in Arabian hospitality, and they feel secure.”

This experience, along with a super network of new routes from the airline’s hub in Doha, has enabled the Athens office to pick up an impressive share of the market in a very short time.

Ms Bronzetti reminds that Doha holds the Asian Olympic Games this year and that many Greeks that handled part of the Athens 2004 Games have been traveling back and forth to help with the general organization. As well, there are a number of Greek companies working on projects for the Games in Doha.

Generally, she says, we have a mixture of leisure, ethnic, business and maritime traffic flying out of Athens, but we can see a great expansion in the leisure market as Doha is well positioned for exotic destinations in the Middle East, the Far East and South Africa.

“With every new station we open,” she says, “and with each increase in flight frequencies, we open even more possibilities for the Greek market.” She added that the opening of a new Hong Kong office this April should be especially enticing for the local market.

Also in April, she says the airline will increase frequencies from Athens to Doha. Instead of five weekly flights, Qatar will run daily flights out of Athens International.

These expansion activities, she says, will continue in rapid succession for about a decade before the airline will consider consolidation. As an example, she says that from the 42 aircraft owned by Qatar today, by 2015 the fleet will number no less than 110 and that it will include its first giant Airbus 380 slated for delivery in 2009, which also coincides with the opening of the new Doha International Airport.

Meanwhile, she expects the Athens station to grow accordingly. Her next immediate step is to open a consumer ticket office in the early part of the year.

Ms Bronzetti came to Qatar Airways Athens office from Paris where she was Alitalia’s country manager. “I had spent several years in Greece as that airline’s country manager here. So, when I had the golden opportunity to join Qatar with its expansion challenges, along with the chance to return to Greece…”

Delta Out to Conquer the Airways Albeit Under Chapter 11 Protection