New Optimism for Tourism to Athens 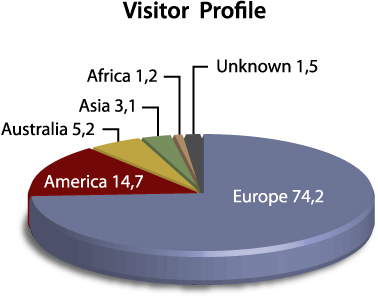 Athens Mayor Dora Bakoyannis and Attica Region Secretary General Haralambos Maniatis early last month presented the results of major surveys undertaken by the company Leo Burnett concerning the promotion of Athens and Attica tourism. For the most part, the results were very positive.

The first survey focused on identifying Athens’ visitors and evaluating the tourism product based on their experiences. The second survey targeted potential visitors to Athens (and 49 other cities) and was conducted in the UK, a traditional source of tourists for the country. 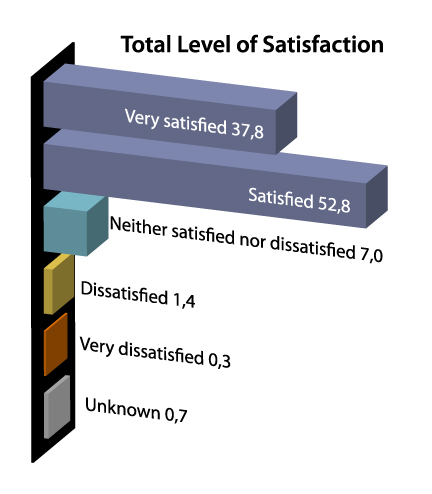 Generally, according to the first study’s results, which included some 2,000 interviews at the Athens Airport during mid October, Athens and Attica are considered safe destinations, while culture and the friendly manner of Athenians rank among the most positive elements of the Athens tourism product.

“Today we can look to the future of Athens tourism with optimism. The survey results we are presenting today point to a new outlook on tourism at both a regional and local government level,” said the mayor.

The wide-scale international promotion of the city, she said, generated by the Olympics combined with the marketing campaigns of the Tourism Ministry, the Hellenic Tourism Organization, Attica Prefecture and the City of Athens resulted in a 9 percent increase in Athens tourist arrivals this year.

There was, however, some negative points shown in the studies, the most important of which was prices (coffee, museum entrance fees) and in general, outside hotel services do not represent the best in value for money. In order to confront some of the negative aspects of the study, and to upgrade the city’s profile as a tourism destination, the mayor said that the municipality, in collaboration with key tourism industry representatives, established the Athens Tourism and Economic Development Agency.

She said the organization has drafted a two-year strategic plan of action for the promotion and development of Athens as a tourist destination. The plan comprises initiatives that are to be implemented in the medium- to long-term. Special emphasis has been given to the provision of quality tourism services, the creation of basic tourism infrastructure and promotional programs aimed at potential visitors.

“Many of the initiatives have already been implemented,” she said, “and we hope by mid-2006 to have made significant strides.” 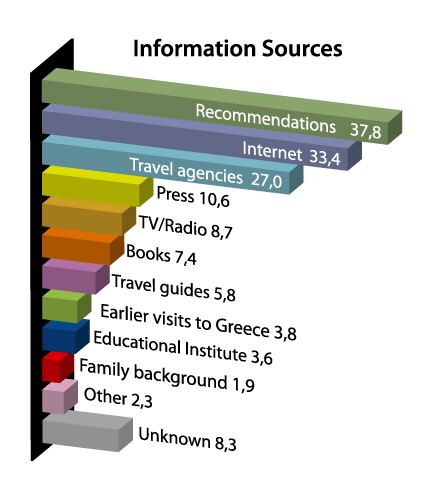 Meanwhile, according to the studies, some 80% of visitors come to Greece for its history and its culture, which includes everything from the urban environment, to the flowers in the city, to a stroll through Plaka, to music in the streets, or a visit to a taverna.

Mayor Bakoyannis said that each visitor has his or her own notion of what culture is, regardless of whether we as Greeks have traditionally learned to think of culture solely as a visit to a museum. Yet, while only a small percentage questioned visited museums, about 64% Acropolis, which mostly included a visit to the Acropolis Museum and the unified sites within the area.

Concerning the second study, Global Cities, some 4,000 people who were interviewed in the UK placed Athens in 14th place as a priority internationally and 6th place as a European destination, mostly because of its climate.
For its vibrant culture, however, Athens placed 19th in a list of 25 world cities, and for its standard of living, it placed a disappointing 22nd in the list of 25.

Outside the perimeters of the studies, Mayor Bakoyannis added that a conference center was a priority for the city. In the last three years, she said, the City of Athens has implemented a new policy. Firstly, she said, we place conferences under our auspices, and we offer hospitality – something that until now was traditionally done by two major European cities, Paris and Rome. 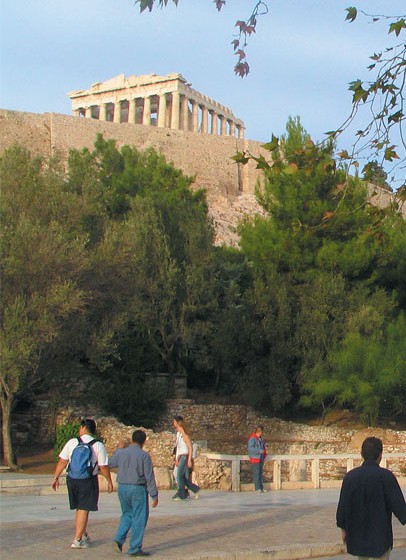 As far as the City of Athens is concerned, she said, we’ve discovered something very important in this research concerning our way of communication: that it is vital that we focus on promoting the contemporary cultural scene of Athens.

Undoubtedly, we have the Acropolis, the sea and the sun, but spending money on the promotion of these products, she said, is redundant. “It is more important at this time to focus our efforts on Athens’ contemporary cultural scene, on the infrastructure, and on the alternative ways of having fun in our city. And let me say, that we had aimed for a five-day stay in Athens. I hope that by next year, we will have achieved this goal. This year, it came to four days, hopefully next year we will have five.”

She added that the studies have identified that Athens is a friendly city, a warm city with hospitable people and a nice environment. “From there on it is important for us to realize that value for money makes the difference.”