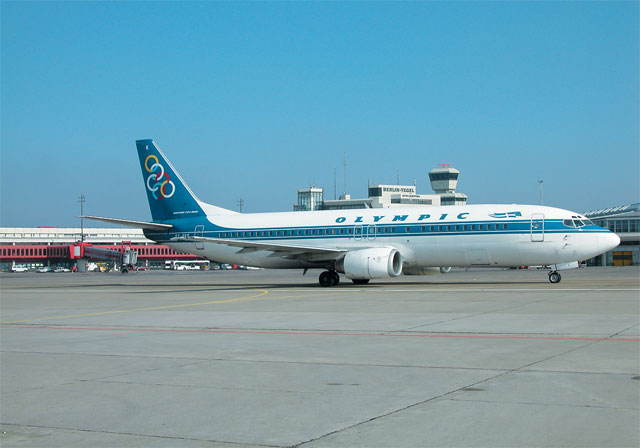 The government drafted a bill last month that protects Olympic Airlines (OA) from its creditors and thus guarantees the airline’s smooth operation for at least another six months. The draft amendment bars current or future creditors from taking any action against OA until the end of February, according to reports.

The measure is also supposed to help the current privatization process continue after the government signed a preliminary agreement last month to sell Olympic to a consortium of Greek-American investors.

Despite a heavy fine imposed on Olympic Airlines by the European Commission for receiving illegal state subsidies, and debts that are expected to reach as high as 200 million euros by year end, the two main bidders, both investment funds, are still interested in purchasing the airline.

The top bidder – Olympic Investors-York Capital, which on August 2 signed a memorandum with the Greek government on the acquisition of Olympic Airlines – has not withdrawn its offer.

The second-highest bidder, Klesch & Company Limited, sent a letter to Economy and Finance Minister Giorgos Alogoskoufis and Transport and Communications Minister Michalis Liapis, saying it offered its “help” to the government by offering to buy the airline, as well as the technical support and ground handling operations, which have remained with the old Olympic Airways.

The Olympic “tragedy” reached its peak September 14 when the European Commission declared illegal a number of measures taken by the Greek state that the EU says gave an unfair advantage to Olympic Airways and Olympic Airlines. This decision closed an investigation, which started on 16 March 2004, into the state aid granted since December 2002, when the airline was ordered to repay 160 million euros in illegal aid.

The commission said that between 1994 and 2000 the European Union’s executive took a number of decisions authorizing public aid for the restructuring of Olympic Airways. In December 2002, however, the commission found that further aid had been granted to the airline, which was incompatible with the common market.

It then demanded that 160 million euros be repaid. That aid has still not been repaid.

Following a detailed analysis of the finances of both Olympic Airways and Olympic Airlines, the commission last month found that Greece has continued to grant further aid to these companies and that such a practice is incompatible with the common market and therefore illegal.

The Greek state’s toleration of Olympic Airways’ failure to pay more than 350 million euros in tax and social security liabilities due between December 2002 and December 2004;

The acceptance by the Greek state of a number of Olympic Airways’ financial obligations, for example, aircraft leasing contracts and the repayment of a bank loan, amounting to up to €60 million.

By granting this aid, said the commission, Greece has given Olympic Airways and Olympic Airlines an advantage not available to their competitors. The commission therefore asked Greece to recover the illegal aid payments. Greece has two months in which to inform the commission of the measures it intends to take to comply with the decision.

To recap recent OA history, at the end of 2003 Greece adopted a specific law setting up a new company, Olympic Airlines, which took over the flight operations and most of the assets of Olympic Airways, leaving behind almost all of its debts. The creation of this new company, contrary to standard economic and accounting practice, would have had the effect of circumventing the obligation to recover the aid, as the court found in its judgment of 12 May 2005.

When it opened its investigation in March 2004, the commission expressed doubts about the compatibility with the Treaty of the continuing non-payment by Olympic Airways of tax and social security liabilities and about the way in which Olympic Airlines was established in late 2003. What appears to have happened in December 2003 is that all flight operations that were previously carried out within the Olympic Airways Group by Olympic Airways, Olympic Aviation and Olympic Macedonian were concentrated in a new entity renamed Olympic Airlines.

Olympic Airlines also took over the slots, traffic rights and public service obligations of Olympic Airways. All other activities – principally ground handling, maintenance and engineering – remained within Olympic Airways (which has been renamed Olympic Air Services). The latter retained ownership of a number of majority shareholdings in other aviation-related companies in Greece such as catering, information technology and fuel services.

As well, according to published reports, Olympic Airlines leases aircraft either from Olympic Airways or directly from the Greek state and pays signifi-cantly less than the head-lease payments, the resultant losses being borne by the state, or by Olympic Airways at the state’s behest.

Press reports say that OA’s debts at the end of 2004 reached 103 million euros and that by the end of this year that total will almost double to 200 million euros. Olympic costs the taxpayer about 1.5 million euros, per day.

Two previous attempts to bring the company into shape set the state back about 2 billion euros, according to government spokesman Theodoros Roussopoulos.

New Air Travel Regulations for Those with Special Needs