Blue Star Ferries Back in the Black 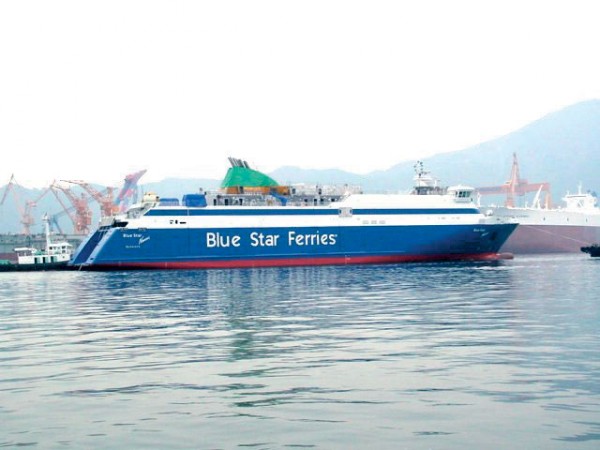 Blue Star Maritime S.A. last month announced that first half results for 2005 show a marked improvement over the same period last year. The Greek ferry line said that earnings before interest, tax, and depreciation increased by 19% and stand at €11.1 million, while net profit after tax stands at €1.1 million euros, against losses of €1.7 million posted for the same period in 2004.

Blue Star said that the improved results are due to the higher capacity utilization rates achieved by the group’s vessels.  The vessels operating on the Cycladic and Dodecanese Islands’ routes, it said, increased their traffic volumes over about the same number of sailings as in the previous year.

The strengthening of the group’s presence on the Adriatic Sea routes through the redeployment of Blue Star 1 on the Patras-Igoumenitsa-Bari route, which now serves with daily departures, also contributed to the improvement of group’s results, it said.

It should be noted, moreover, that in the course of 2004, the group sold four older vessels whose operating performance had negative contribution to the financial results of the group.

Ferry executives said that the group’s results were achieved despite the sharp increase in the price of fuel oil and the non-conformity of the Greek institutional framework with European Regulation 3577/92.  “State intervention in the operation of the vessels serving the Greek Islands’ market has to date inhibited the company from adopting commercial practices that could counter-balance the increase in operational expenses resulting from the unforeseen sharp rise in the price of fuel oil and achieve even stronger results.”

In all, the group’s fleet carried 1,502,411 passengers, 187,646 private vehicles and 59,142 freight units.  Comparison with the previous year carryings is not applicable due to the reduction in fleet size and the redeployment of one vessel from the Greek domestic services to the Greece-Italy routes.

The group’s management, noting the continuous growth in the vessels’ operational efficiency, said it expects a further increase in the group’s results.

Consolidated turnover for Blue Star Maritime S.A., in which Attica Group holds a 48.8% controlling stake, stood at 55.3 million euros for the first half of 2005.  Earnings before interest, tax and depreciation stood at 11.0 million euros and net profit of 1.1 million euros.

Some Ferry Prices Freed and Government Incentives for New Ships