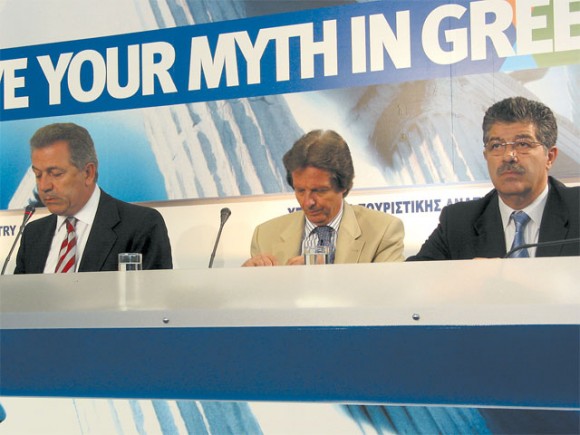 Our tourism sector needs to agree on problems and solutions and the best was to achieve this is through the introduction of a tourism chamber where all branches of the sector can get together and hammer out solutions, said Tourism Development Minister Dimitris Avrampopoulos during a press call last month.

According to the minister, the new chamber will have official standing, overseen by the Hellenic Tourism Organization, and its members must come from every branch of tourism.

Although this has been a call of the sector for years, the Association of Greek Tourism Enterprises warned that the creation of such a chamber along with the Hellenic Hotel Chamber would bring catastrophic affects upon the tourism sector and bring present systems to their knees.

The association said it believes the minister wants to see the hotel chamber develop into a unique, strong tourism body after deep dialogue to ensure all possible problems are discussed and clarified.

The most logical solution, say tourism professionals, is to turn the hotel chamber into a tourism chamber.

Another major change proposed by the minister is for the Institute of Tourism Research to become an official government body that would continue with its present projects and add that of a tourism statistics organization.

And with regard to hotels throughout Greece, he said that present legislation that restricts the construction of hotel units within “controlled tourism development areas” should be abolished so as four- and five-star hotel units and four-key lodgings could be built. He added that older hotel units should be taken down or rebuilt. “Hotels that are over 25 years old should be taken out of operation.”

Along with the above, the minister said legislation is being promoted for spas, the cutting of the number of forms needed for operational licenses, the moving of camping facilities into main lodgings, and easier methods for hotels to submit environmental studies.

As well, the minister announced an agreement reached with the Orthodox Church whereby organized religious tours could be created to the benefit of all.

The minister also announced changes in his tourism leadership. Georgos Foteinopoulos has been appointed as secretary general of the Hellenic Tourism Organization, taking over from Harris Kokkosis who becomes special secretary for the tourism development ministry with regards to planning.

And Vassilis Rizas takes over as secretary general of the tourism development ministry.

Concerning tourism figures for this year, the minister said that he expects arrivals to increase by 11.6% this year and increase by some 4.1% each year after up until 2015. He said employment in tourism by 2015 will reach 20.8% of all employment, which is up from today’s 18%.