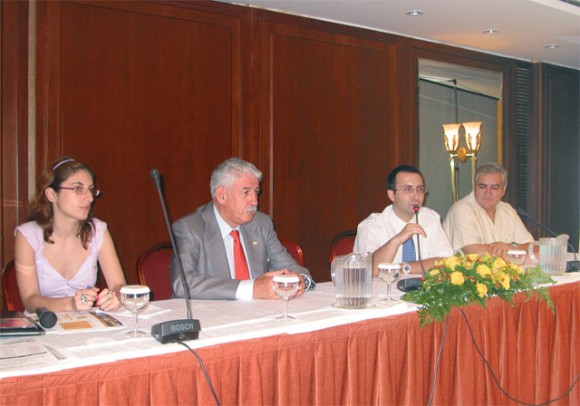 The Panhellenic Employees Association of Shipping and Tourism Enterprises (PASENT) last month held its last in a series of workshops on foreign destinations. The last was a complete rundown on Mexico as a destination and what it has to offer to Greek travelers, with special speaker Alejandro Diaz Perez Duarte, Mexican Ambassador to Greece.

The ambassador, with the help of a colorful video, explained to the members the beauties and charms of Mexico as he took them on a journey through that country’s main tourism attractions. These included beaches, archeological sites, colonial cities, eco-tourism and cuisine.

According to figures from the Mexican Tourism Ministry, more than 5.8 million international tourists arrived in Mexico during the first quarter of this year, which marks a 12.3 percent increase over the same period last year.

The ministry reports that the increase was due in a large part to an increase in international flights, which during the same period increased by some 17.5 percent against last year’s quarter.

During the same period, an additional two-plus million tourists arrived on cruise ships. Tourism is the third most important economic activity in Mexico and some 1.8 million Mexicans are employed in the sector.