Qatar Airways last month introduced its new six times per week (every day except Saturday), non-stop service between its hub at Doha and Athens as of last month. The route is being operated with an Airbus A320 in a two-class configuration of 12 seats in business class and 132 in economy.

Athens is Qatar Airways’ third route launched following inaugural flights to Mashhad in Iran, which began on the first of June, and the Egyptian port city of Alexandria, launched June 9. The airline now serves 65 destinations. 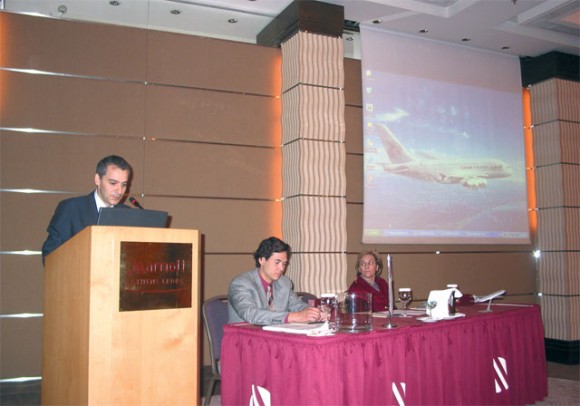 Qatar Airways, one of the fastest growing airlines in the world, earlier last month, received the coveted Skytrax Five Star award for excellence, service and high standards, being one of only four airlines in the world -and the only Middle East carrier- to earn such an illustrious accolade.

The airline’s cabin crew retained their award-winning status by being named Best in the Middle East for the third year running, while maintaining their position as being among the top five in-flight crew in the world.

And the carrier was recognized in the Skytrax survey for having the Best First Class and Business Class in the Middle East.

New destinations added in recent weeks have included Osaka, Tunis, Algiers, Mashad and Alexandria. By the end of 2005, the airline plans to serve at least 70 destinations.

Qatar Airways operates a modern all-Airbus fleet of 40 aircraft that will double in size over the next few years following a $5.1bn order for 34 Airbus jets.

The airline is one of the launch customers of the twin-deck A380 ‘super jumbos’ with four aircraft on order, scheduled for delivery from 2009, to coincide with the opening of New Doha International Airport.