Arrivals Up, Overnights Down

Arrivals in Athens may have increased in the first quarter of 2005, according to Athens International Airport data, but the Attica Hoteliers’ Association released data last month that show hotel occupancy rates down by an average 4.4 percent against the same quarter of last year.

Although the association attributes much of this to the increase in bed availability due to the Olympic Games, which has brought revenue per available room down by 12.2 percent, it said, the increase in beds for the quarter in question is no more than 3,500.

Nonetheless, the association said that some hotels in Attica do not even cover the rent for their premises with their revenue per room, to say nothing about covering operation and financial costs. 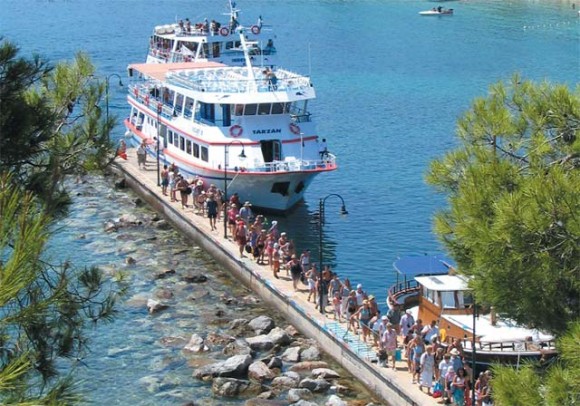 Arrivals in Athens may have increased in the first quarter of 2005, but hotel occupancy rates down by an average 4.4 percent against the same quarter of last year.

“The myth about expensive hotels in Athens is at least inaccurate, if not suspicious, given their excellent building and operational quality,” the association said in a recent release and argued that Attica hotels have one of the lowest revenue-per-available-room ratios among similar hotels in European cities.

It added that publication of negative hotel occupancy data may do nothing for the sector’s image, but it encourages the tourism authorities to take initiatives to reverse the situation.

On a more positive note, conference tourism has shown great demand for the coming years in Attica, said the association. It is considered the fruit of the city’s worldwide exposure during the Olympics, as well as the result of the attractive hotel and tourism post-Olympic product of Attica.

The association also said that it was promised an answer from the head of Olympic Properties, Christos Hatziemmanouil, on the land-use question of where the Athens Conference Center may be built, as the government wants the center to operate as soon as possible.

Separately, Tourism Minister Dimitris Avramopoulos told the Piraeus Shipping Club last month that “Greek tourism is at the threshold of a new era. The country is opening its gates to large investment schemes. In this framework, Greek shipping, and the Greek investing community in particular, is invited to tap the opportunities with joint projects.” He noted that a number of such projects have already got under way.

The minister said that after a declining trend over the last few years, the Greek tourism industry is now stabilizing and is on its way to a rebound. In contrast to other Mediterranean competitors, such as Spain, Italy and Portugal, all of which forecast a downturn this year, Greece is expecting a rise in arrivals this year and next.

The World Tourism Organization projects tourism will be the fastest-growing sector worldwide in the next 20 years. In the EU some 6 percent of the work force are employed in tourism-linked activities, and this is estimated to rise to 9 percent by the end of the next decade. Greece’s rate is estimated to be above the EU average.