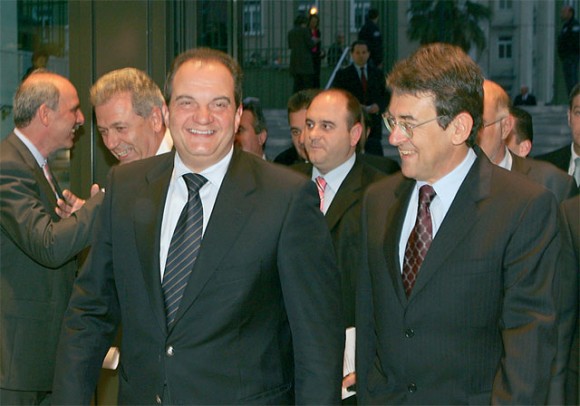 Prime Minister Konstantinos Karamanlis, guest speaker at the recent general assembly of the Association of Greek Tourism Enterprises, told guests that tourism stands at the forefront of government priorities. “Tourism brings us more revenue than the total of all our country’s exports,” he said. “Tourism gives life, riches and employment to our country’s regions (such as the islands and mountain areas) that lack other productive possibilities.”

The prime minister than went on to list the numerous measures his government has taken and will take to strengthen tourism and tourism businesses, and he promised there was much more to come. He closed by asking the tourism professionals to do their part in creating a strong base for the sector.

Stavros Andreadis, once again voted in as president of the Association of Greek Tourism Enterprises, in his speech, asked the prime minister to speed up measures promised and to carry out well-planned, positive actions and not ad hoc intervention.

Mr. Andreadis said government must redefine its aims for Greek tourism as “under specific conditions, Greek tourism must aim for at least 16.3 million arrivals by 2010 and expect 13.6 billion euros in tourism revenue. This would mean the creation of about 65,000 new jobs, which is equal to 13% of the number of today’s unemployed.”

Formula One Racing In Greece