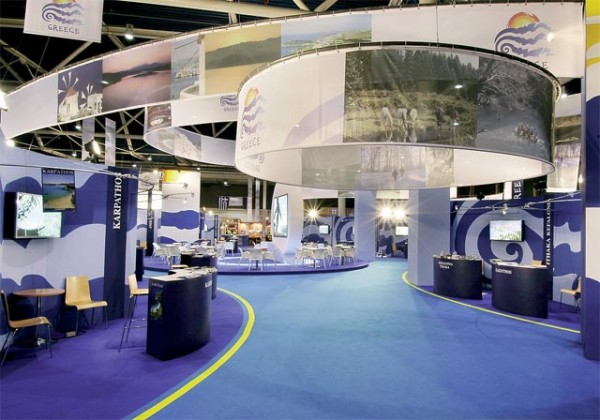 Last month, during the 20-odd tourism exhibitions held across Europe, well over a million Europeans were among the first to view the new image of Greece. And at the recent Valantiebeurs fair held in Utrech, Holland, a survey during the same showed that the Dutch not only considered the new image a positive one, but also said they considered Greece a major choice for their vacation.

The above fair welcomed some 170,000 visitors, many of which passed by the modern Greek pavilion with its 900-square-meters of space and 30 participating exhibitors. The Greek exhibitors included prefectures, municipalities and Greek tourism enterprises.

During the fair, the Hellenic Tourism Organization office in Amsterdam presented a market research on tourism from Holland to Greece, Turkey, Spain and Portugal, which was handled by Travel Academy.

Greece last year, said the study, lost 20% of the previous year’s arrivals from Holland. As well, although 29% last year had said they wanted to visit Greece, today’s percentage has dropped to 16%. Blamed for the decline were high package prices, low-level service and the high cost of living here (the price of coffee was referred to).

Nonetheless, for 2005 the Amsterdam office said it expects Greece to gain some of last year’s losses. He expects Greece to take the fourth place as the favored European destination for the Dutch. Some 87% of all Dutch travelers vacation in Europe.