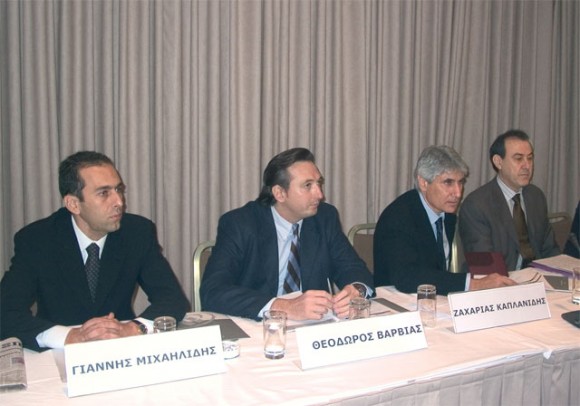 If there is one thing certain as a result of a country holding the Olympic Games it’s that conference tourism to that country increases substantially over a five-year period. But excluding that distinct possibility, professional conference organizers insist that the conference sector remains one the most dynamic of the Greek tourism industry.

At a recent seminar, organized by the Hellenic Association of Professional Congress Organizers in association with the Money Show exhibition, Zacharias Kaplanidis of Zita Congress (and vice president of the congress organizers’ association) told delegates that conference tourism in Greece holds a mere 0.5% of the world’s total while cities like Prague and Budapest host five times more than we do.

Worst of all, he said, just 35% of all conferences in Greece are being organized by professional conference organizers. “The remainder is being ‘handled’ by third parties and this is most unfortunate as we are the sales force for conferences to Greece.”

He added that he expected a change in the near future as the new EU constitution says that professionals in the tourism trade must be protected through proper legislation, for both their own protection and for the protection of the consumer.

Theodoros Varvias of Event & Conference Organization Team gave a complete analysis of the research and labor required to win and organize an international conference. He then went on to explain that Europe handles 63% of all the world’s conferences and that Greece is number 30 on the most popular conference destination chart.

Conferences to Greece, he said, are in the 200- to 2,000-delegate range and more than one out of every four conferences are medical ones. The most popular and perhaps the best venue in Athens, he added, is Megaron Athens Concert Hall.

Loukas Douvas, manager of the Attica Hoteliers’ Association, spoke on secondary positive results when a conference is held at a specific destination. “From experience of countries that have developed their conference sector, we see that the destination becomes an attraction for tourists as many of the delegates to the conference select the destination for their vacation,” he said.

He then went on to analyze the reasons why a destination is selected and reminded that much depends on the general picture of the destination as it’s promoted in international destinations.

According to the Bank of Greece, he said, in 2001 the annual revenue from the organization of conferences in Greece reached 184.8 million euros, which covers some 10% of the total tourism receipts for that year.

Yiannis Mihailidis of Hospitality & Tourism Consulting and Advertising, which does the tourism marketing program for Athens-Attica, spoke on the importance of promotion for a conference destination. He said promotion relies on in-depth research, which is totally lacking here, and the cooperation of all tourism-related sectors, both public and private.

He said the founding of a National Conference Bureau (announced by the tourism ministry) would help in promotion, as would the drastic improvement of regional airports within the country.

“The proper promotion during the first half of the new year will be the base for the next five to 10 years, but if we do not cooperate with a marketing plan and if we don’t see the promised new conference center this March, the prospects for conference tourism to Greece become foggy at best,” he said.