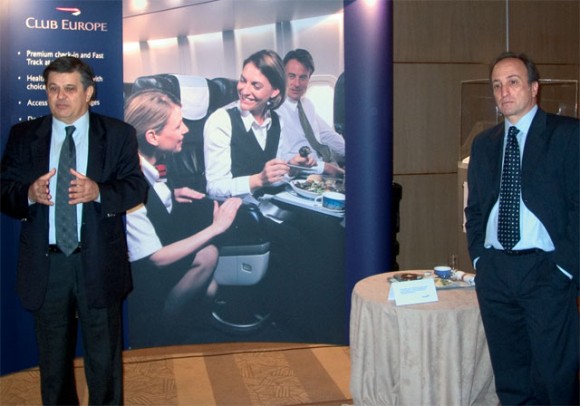 British Airways, in an ongoing attempt to cut costs, will move its bookings department from its Athens office to a call center on Cyprus. Vassilis Dallaris, the airline’s manager for the eastern Mediterranean area, said the move would have very little affect, if any, on the Athens office.

At a presentation of BA’s new products and services, Mr. Dallaris said the airline is about to launch a new promotion program that will boast the many improvements that have taken place with on-board services.

He also announced there would be new flights out of Thessaloniki for London and flights from Heraklion to London along with the recent change in its route schedule from London to Athens – the airline changed its evening flight (BA634) to 19:40 from the previous 22:30, which was considered too late by most business travelers.

New products described during the presentation included the major upgrade of the airline’s Club Europe class.