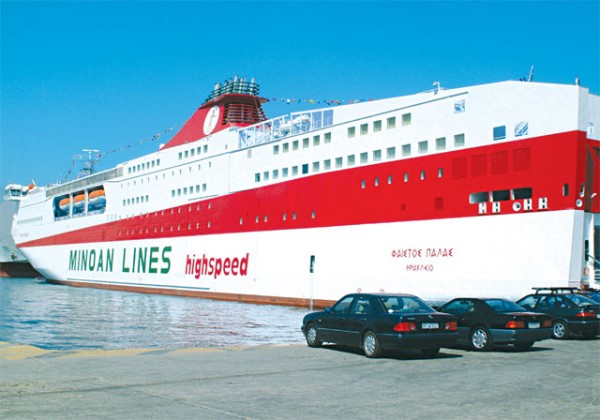 By year-end, Minoan Lines expects to post triple the amount of its last year’s net profit of 3.5 million euros. Highly placed company executives say that their forecast takes into account all of the negative factors of the economy that could affect coastal shipping.

For example, they say the unexpected high price of oil fuel could cause just a 5% increase in costs as the company uses heavy fuel, which is cheaper, and the euro-dollar exchange helps lessen the blow of expensive fuel.

The company says it also figured in the possible burden it expects with the results of Hellas Flying Dolphins where it holds a major share.

In a press release, Minoan said “positive results are a product of the successful efforts of management to cut costs within all areas of the company’s activities.”

As well, the ferry line said it managed to increase its share of the market on the Adriatic routes it sails. For the first seven months of this year, Minoan has increased its share on the route to reach 40% in both passenger and vehicle transport.

Overall, the company said that coastal shipping traffic this summer was less than expected by those in the trade but that traffic to and from Minoan’s base port, Heraklion, showed improvement in September. It appears that many Athenians were forced to take their summer vacation in September rather than in August because of the Olympic Games.