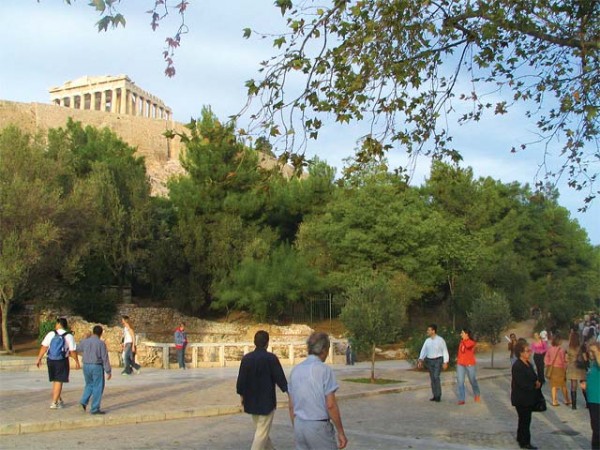 Greece is now considered to be a safe destination and a modern European country by both Europeans and North Americans, according to a survey carried out by MRB, VPRC, Research International for the organizers of Athens 2004. The survey covered the first three weeks of September with a total of 3,031 participants from the U.S., the UK, Spain, Germany and France.

According to the results of the study, 74.5% of those surveyed found Athens to be a safe destination and 72.3% considered Greece a modern European country. The positive image for Greece by people in the U.S. increased after the Games by 23%, while in France it grew by 10.5% and the UK by 11%. Germany and Spain apparently had a positive image before the Games as the increase was just 2 and 1.7%.

The survey also showed that four out of every 10 North Americans are now inclined to visit Greece for a holiday. However, their favored destination remains Italy, followed by Spain. But only 7.8% showed a preference for Turkey.

Europeans, on the other hand, are evenly split when it comes to Italy and Greece as their favored destination, 49.9% and 49.2%, while 42% have a preference for Spain. For Europeans, Turkey is not high on the list with only 17.2% displaying a preference compared with 19.1% for Croatia.

Concerning the Olympic Games, 95% of Americans considered Athens 2004 successful or very successful as did 97% of Europeans. And from both sides of the Atlantic, four out of 10 surveyed found 2004 the best Games ever held up until now.

Opening ceremonies were considered extremely well done by 65% of Americans and 61.1% of Europeans.

Get Ready for Arrivals from China