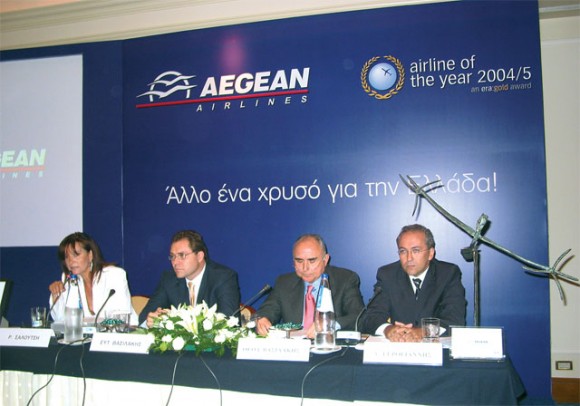 Theodoros Vassilakis, Aegean’s president and managing director, flew to Vienna to accept the Airline of the Year Award during ERA’s recent general assembly held there.

IRA’s airline of the year award was given to the Greek regional airline because it offered and continues to offer high quality overall service amid stiff competition, but at the same time displayed and continues to display a strong social conscience and still manages to post a profit. It also uses modern methods such as e-ticketing for the consumer and travel agent through its website and executes on-time schedules.