New tourism legislation before parliament foresees a strong tourism ministry complete with tourism coordination activities among ministries, regional authorities and other authorities and organizations. The government last month tabled the long-awaited bill on the responsibilities of the Tourism Development Ministry and its agencies.

The bill provides for a transfer of the responsibilities of the Hellenic Tourism Organization’s foreign bureaus to the new ministry, while organization regains responsibility for the domestic services that had been transferred to regional authorities. As well, the future of the of Hellenic Tourism Properties, now renamed as the Tourism Development Company, and its assets will be decided by the ministerial privatizations committee. 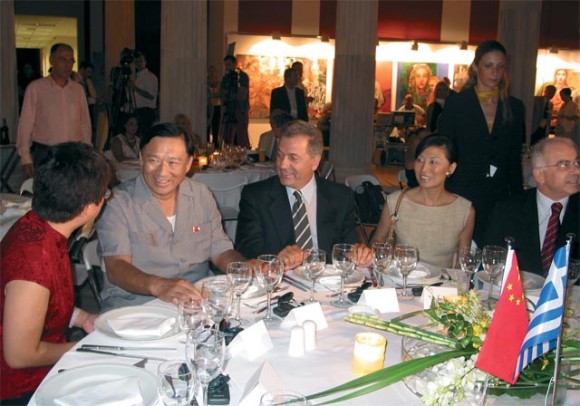 And with common decisions of the tourism development ministry and the appropriate other ministry or ministries, the legislation suggests a 5-member committee to examine subjects that pertain to the harmonious policies that touch on tourism and the working out of specific proposals.

Their basic task will be to find and examine the problems that have a negative effect on tourism on a local or provincial level. They will be asked to identify the causes and propose ways to confront them.

The legislation also includes a National Tourism Council that would act as a advisory body to the state.

Generally, the new legislation has been getting its share of negative feedback from almost all tourism bodies within Greece. They say that even though the founding of a tourism ministry is a positive development, it appears that the new ministry will have fewer responsibilities than deemed necessary. As well, they say that as parliament discussions continue, changes in the legislation could lead to a powerless and disorganized ministry.

“We had expected a ministry with more responsibilities and a bigger budget,” said the president of the Hotel Chamber of Greece, Makis Fokas, last month as the legislation was being discussed in parliament. And the president of the travel agents association said he believed there should be a definite separation between the ministry and the Hellenic Tourism Organization.

Vassilis Minaidis, president of the Panhellenic Federation of Hotels, said he wanted and expected to see a cut in government red tape and legislation that ensures a permanent and steady fund for tourism promotion.

Stelios Polykratis, president of the Confederation of Room and Apartment Rental Associations, said the lodging industry is going through its worst period in more than two decades and the new legislation does nothing to solve even our basic problems.

Even the Union of Prefectural Administrations of Greece has a problem with the legislation. Its president, Fofi Gennimata, says it takes funds away and people away from regional authorities (as the tourism organization will take back the responsibility for offices around Greece).