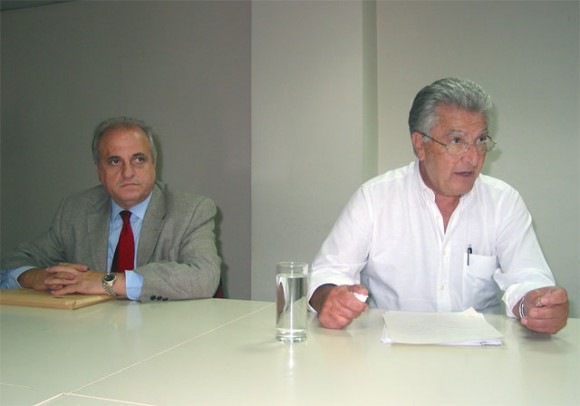 Professor Panagiotis Pavlopoulos of Research Institute for Tourism explained to the press last month that his latest study shows it is possible for the tourism sector to show a 4% annual increase even though many economists here continue to dwell on the country’s economical difficulties.

He says the annual 4% increase is the average long-term rise on a global basis for tourism and there is no reason why Greece can not achieve the same provided some initiatives are taken to ensure we use our new infrastructure properly and we increase the quality of our services. (The World Tourism Organization estimates that tourism development will increase by an average of 4% annually up until 2010 and then by 4.5% from 2010 until 2020.)

Mr. Pavlopoulos went even further and said that if Greece followed the proper economic policies its tourism sector could accomplish even higher increases than the global averages. Greece, he said, must also take advantage of the positive climate after the Athens 2004 Olympics, and must promote its tourism image abroad.

He said promotion should concentrate on sun and sea, city breaks and senior travel, nautical tourism, and of the other forms of tourism he preferred a concentration on conference tourism.

With regards to concentration of promotional funds, he suggested that our tourism policy should look toward traditional countries with a strong Greek sub culture, and countries with large populations and an up and coming economy, such as East and Southeast Asia and the countries of the Confederation of Independent States.

He also urged government to supply funds for the development and upgrading of small lodging units, including family hotels. As well, he said it was vital that government spend money on improving all entrance points to Greece and the country’s small regional airports.

“The competitive advantages we had in the past are gone,” said Mr. Pavlopoulos. “We have to create a destination with quality services and an excellent general infrastructure.”

Separately, the institute, which is funded by the Hotel Chamber of Greece, in a press release said that tapping the benefits of the successful staging of the Olympic Games for the Greek tourism industry will require specific initiatives and actions.

It said that the Olympic Games can work as ‘automatic pilot’ for the industry but only in the short term. If the problems that made a promising sector problematic are not solved, the industry will return to a declining mode in the year after next.

Direct competitors, it said, even in the midst of many terrorist attacks that target foreigners, are achieving phenomenal rates of growth in tourism. This is because they take care of the quality of their product, which they offer at a price justified by its quality – without Olympic Games, without unique islands, and without a comparable cultural tradition, said the institute.

Furthermore, it warns that the government must be protected from the dangerous illusions caused by the splendid Olympic Games.

Enthusiasm of this kind is particularly dangerous, especially in these difficult fiscal times. The country must act, in terms of policy, as if the Olympic Games had not taken place.