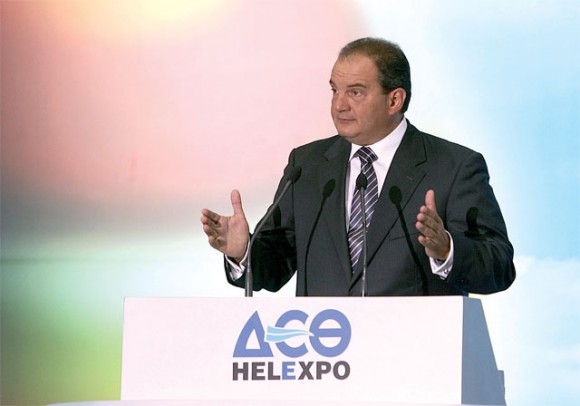 “Policies would center on culture and environment”, said Kostas Karamanlis, Prime Minister of Greece, said in his speech at the Thessaloniki International Fair last month.

Greece’s Premier outlined numerous development strategies, many of which center on the tourism sector, in his speech at the Thessaloniki International Fair last month. He said his government would give first priority to policies that concern the countryside, and mountain and island areas Greece. “The basic elements include an aggressive new rural policy and the quality upgrade and expansion of the tourism industry throughout Greece,” he said.

He added that “our immediate aim is to take advantage of the post Olympic era and the positive image projected by Greece.”

For tourism, he said policies would center on culture and environment. The basic aims center on taking advantage of the hundreds of potential pockets of development throughout the country; the promotion of Greece as an enticing destination during all seasons; the promotion of theme tourism and alternate forms of tourism; the development of the quality of services and the strengthening of our competitiveness; and the opening of new markets.

To achieve the above, the prime minister said government would work on branding the Greek tourism product, would initiate an inspection system, would re-organize services abroad, would develop the tourism education system here, and would ensure the proper and timely promotion of Greece’s tourism product abroad.

“I place immense importance on the tourism sector,” he said. “It’s for this reason we have founded a tourism ministry. The legislation is ready, it has been placed before parliament and it will be voted on within the next weeks. From then on, we head for a new tourism law that will bring the changes needed to achieve our objectives.”

He added that the end result of the country’s new tourism policy would be to make Greek tourism unique within the overall area and have Greece become a center of tourism production.

The prime minister also referred to the airport that serves Thessaloniki, and in turn other airports throughout the country. He said the government is about to initiate a new system for public works tenders, which will make the process simpler and quicker.

The present conservative government wants to almost double tourism arrival numbers within a decade, but since the adoption of the euro in 2001 the country has struggled to hold ground against cheaper Mediterranean competitors such as Turkey.

Separately, Minister of National Economy and Finance Giorgos Alogoskoufis, during a recent interview, said he believes that 3.9 percent gross domestic product growth is a realistic aim as he expects more tourism in 2005 and an improvement in the European and international economy in the coming year. Furthermore, he stresses that despite the reduction in the Public Investment Program from 9.5 billion to 8 billion euros, as Olympic projects are finished, they are still at 5.5 percent of GDP and will provide a significant boost to the countryside.