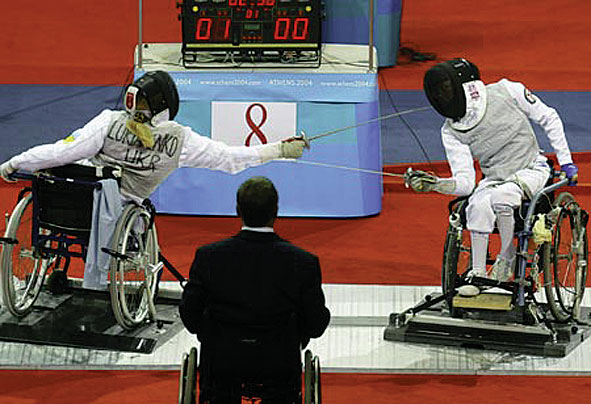 Athens 2004 Olympic Games, could push the number of foreign visitors.

The promotion of Greece and the heavy investment in infrastructure that has taken place, thanks to the Athens 2004 Olympic Games, could push the number of foreign visitors from around the 13 million mark expected this year up to 18 million in 2010, according to an Alpha Bank study released last month.

It adds that even if this scenario turns out to be optimistic, conditions for a smaller tourism boom are still in place. “The Olympic Games have had, and will continue to have, a favorable impact on the Greek economy.”

Already, the Hellenic Association of Travel and Tourist Agencies said bookings for September and October were up 10 percent over the same period last year.

And Tourism Minister Dimitris Avramopoulos said investments made in the run up to the Games should pay off in the coming months and years.

“The psychology of a tourist is different from that of a spectator. They get discouraged by Olympics, but a rise in bookings for September makes us more optimistic,” Avramopoulos told a news conference.

But these remarks are water under the bridge as the Alpha Bank study insists that most of the benefits expected from the hosting of the Games are yet to come. It explained that between 2000 and 2004, preparations for the Games added about 9 billion euros to Greece’s gross domestic product (GDP). But the positive impact on the GDP from 2004 to 2008 could be as much as 16 billion euros, according to Alpha’s research. In 2003, Greece’s GDP was 163 billion.

With the total cost of the Olympics estimated at up to 10 billion euros, it is evident that the benefits accrued even before the Games have made up for the expenditure. Alpha’s research estimates the cost of the construction of Olympic venues and infrastructure projects directly related to the Olympics at 6 billion euros or 3.4 percent of Greece’s GDP. 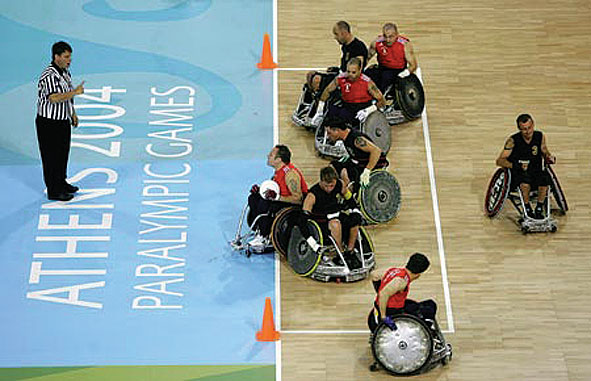 Athens was also the host city of 2004 Paralympic Games.

The benefits will strongly be felt in exports and the tourism sector. The study predicts that the average annual growth in exports from goods and services between 2004 and 2008 will range from between 4.5 and 5.5 percent, instead of at a pace of between 2.2 and 2.5 percent had Greece not staged the Olympics. Imports of goods and services will also grow at a faster pace but not fast enough to negate the gains.

The study also estimates that the number of foreign visitors to Greece may reach 18-20 million by the end of the decade, from about 13 million currently.

“With the new infrastructure created for the Games and the upgrades to many hotels, as well as its numerous state-of-the-art venues, Greece can count on a great rise in convention tourism, as has happened in other cities which have staged major sports events.”

The important point, says the study, is to sustain this still-tentative trend. It says that government must take initiatives in the business environment, which affects competitiveness and the confidence of companies, and tourism professionals and the local administration must protect the environment, upgrade services and fight profiteering.

The study emphasizes that future economic growth will depend largely on improving the quality of services.

Despite fiscal constraints, there are enough funds to sustain a long-term high growth rate that will boost national prosperity. The Third Community Support Framework (CSFIII), of which only 30 percent has been absorbed, allows for 30 billion euros’ worth of investment plans for the 2004-2008 period.

As well, Greece must become a hub of the eastern Mediterranean, and thus bring together entrepreneurs from the broader region. As Europe’s closest link to both the East and the Balkans, Greece can open up its economy to the outside world. It has the potential for progress and enjoys a comparative advantage over its neighbors who want closer ties to Europe. All we need is vision and determination, said the study.