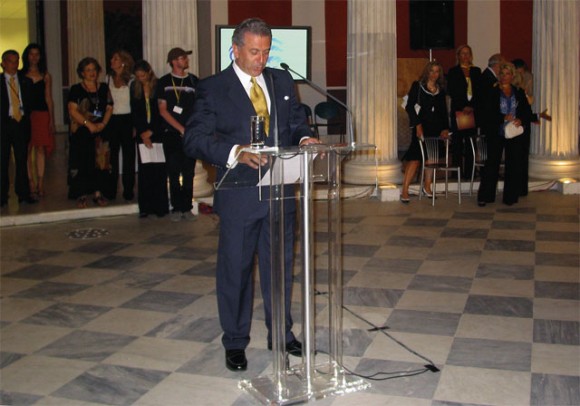 Tourism Development Minister Dimitris Avramopoulos said last month that Greek tourism would enter “a new dynamic phase” after the Olympics, mainly by tapping the potential offered by the considerably improved infrastructure and the image of the country. He said tourism would take off in the next few months with a strategy to become the cornerstone of overall national economic development.

“The post-Olympic tourism landscape will not be left to its own devices as in the past. The government will implement programs based on a continuous study of the industry,” he said after meeting the president of the International Federation of Tourism Agents (IFTA), Martin Brackenbury, who was in Greece for the Olympics.

Mr. Brackenbury told the minister and representatives of the industry who attended the meeting that as president of IFTA he looks forward to “cooperating with the minister and his colleagues in order to make tourism the most important and vibrant sector of the Greek economy.”

He also said that discussions were held on increasing the number of direct flights from abroad to Greek tourism destinations, as well as the role Olympic could play in an effort to cover the tourism needs of the country.

Mr. Avramopoulos said the new concept of Greek tourism would be based on three main pillars: culture, the environment and development. He committed himself to presenting his strategic plan for the future as soon as possible.

“Mr Brackenbury has given us ideas and advice which are always welcome. We are looking forward for the cooperation we shall launch to be to the benefit of Greek tourism,” said the minister. He added that the talks also dealt with emerging tourism markets, especially those in the Far East.

A meeting with representatives of international tour operators with Greek tourism entrepreneurs was arranged for November.