Not All Greek Destinations Are Suffering 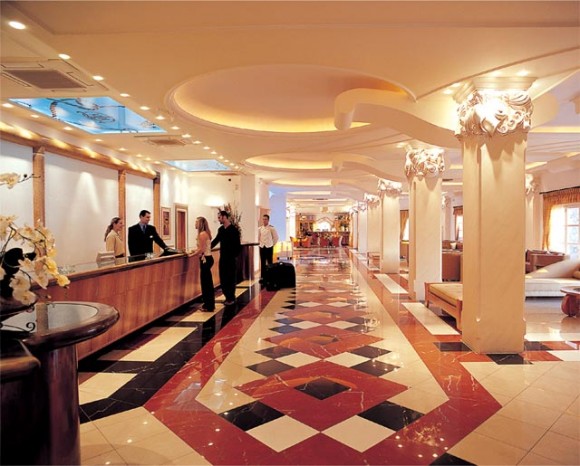 Royal Myconian Resort & Thalassa-Spa of the Myconian Collection group of hotels on Mykonos are now one of the 400 prestigious members of “The Leading Hotels of the World.”

Numbers of visitors to popular Greek destinations outside of the general Athens area -passengers on scheduled flights arriving at Athens International Airport were up 14% during the first half of the year when compared with the same period last year- may not be as high as last year, but not all destinations are suffering.

The island of Mykonos, which is considered the most cosmopolitan island in the world, is not welcoming the numbers expected this year. It is, however, doing well. Vangelis Daktilides, manager of the Myconian Ambassador Hotel & Thalasso Center, and Panos Daktilides, manager of the Royal Myconian Resort & Thalassa-Spa admit there is a problem this year because of the general foggy economic climate within Europe that has caused many Europeans to put off traveling abroad. However, they say the hotels that refuse to skimp on service and insist on giving exceptional value for money, such as the four units of the Myconian Collection, are doing well this year. “We have an occupancy rate that’s slightly up over last year thanks to the outstanding image of service we have created over the years,” says Panos Daktilides. 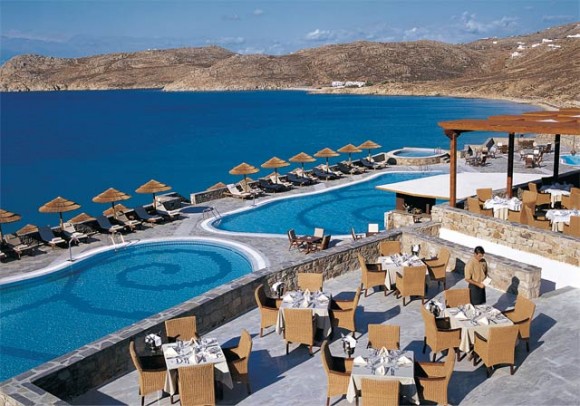 Myconian Imperial Resort & Thalasso Center of the Myconian Collection group of hotels on Mykonos are now one of the 400 prestigious members of “The Leading Hotels of the World.”

The brothers agreed that, with the success of the Athens 2004 Olympic Games, next year should be an exemplary one for not only Mykonos but all Greek destinations.

Mykonos, with its international reputation as the most cosmopolitan of all the Greek islands boasts small rocky hills that combine with beautiful beaches to make up the landscape of this island with its meager amount of vegetation. It has an area of 85 sq. km., a shoreline of 80 km and a population of 5,500.