Negative data for the months of May and June, and a severe lack of bookings for the peak summer period, have forced lodging units outside of the Athens/Attica area to slash prices in an attempt to entice Greek holidaymakers.

Owners of apartments and rooms for rent on popular destinations, such as Santorini, Zakynthos, Crete, Rodos and Corfu have dropped prices by as much as 50% when compared with last summer, according to press reports. They said bookings in May and June were down 30% over last year. They added that this year would be the worst yet seen as arrivals to island destinations are expected to drop by at least 15% when compared with last year.

Even five-star hotel and resort units are cutting prices by 20 to 40%. Some big-name domestic hotel resort chains are even offering Greek customers extensive discounts on inclusive packages. 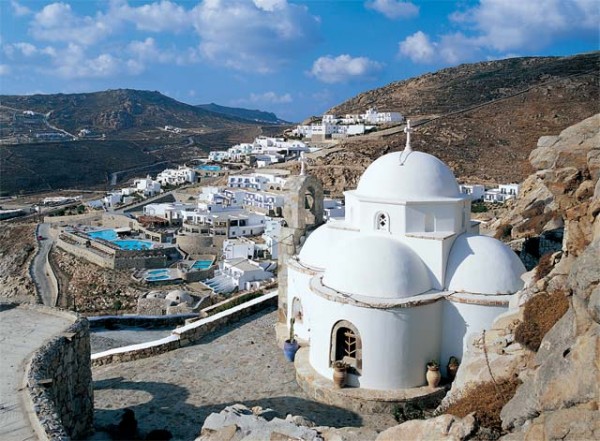 For example, a 10-day package for a four-member family at an A-class hotel on Rodos, including the ferry fares, last month was quoted as 1,000 euros. The prices for some seven-day packages at major tourism destinations, without ferry fares, now vary between 440 and 700 euros. Press reports say the fall in demand in June is being estimated at 12.5 percent when compared with the same month last year.

According to local travel agents, many inexpensive vacation packages to Greece are widely offered abroad but so far have failed to attract many foreign tourists. The agents say that past visitors to our country found that their vacation budget could increase by as much as 100 percent due to other daily expenses incurred while in Greece.

This has led to an increasing number of hotels in Greece adapting the all-inclusive package system where there are no extras attached to the vacation package and thus are able to calculate the total cost before leaving home.

Hoteliers say they are forced to adopt the all-inclusive system even though they know this will create numerous repercussions for local economies. “With tourists spending very little beyond the bounds of the hotel,” they say, “the income for such businesses is strongly limited.”

Representatives of the tourism industry insist that government is mostly to blame as it failed to promote this summer’s Athens Olympics within the context of overall tourism.

In a recent press report, the president of the one of Greece’s major hotel associations insisted that the promotion of the Greek tourism market abroad must be drastically restructured. He said that while each destination in Greece must preserve its identity, advertising campaigns waged abroad by local authorities must be congruent, or have a common theme with the promotional approach of the central government.

He also said there was a pressing need to upgrade and modernize infrastructure in Greece’s main tourism destinations. As an example, he mentioned the difference between Athens International Airport and that of the state-run airport at Heraklion, Crete’s major tourism destination. He said that the two facilities are worlds apart in terms of quality. Yet, arrivals at the Cretan airport during the month of May equaled 70 percent of those of the Athens facility.

Serious infrastructure shortcomings, he added, especially in the road system and in port facilities, can be detected in other major tourism destinations.