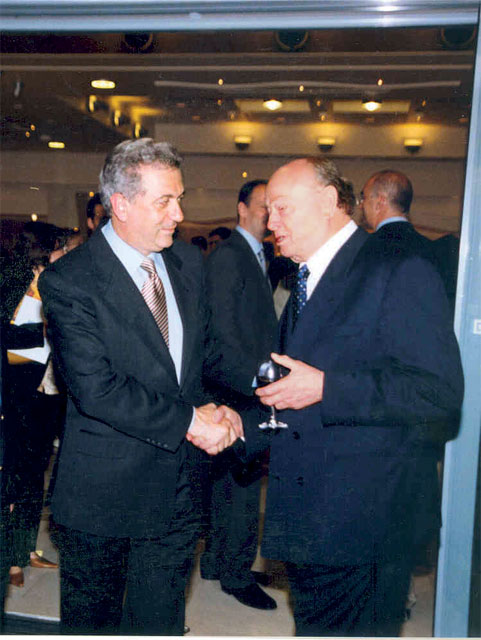 On opening the hotel, Mr. Avramopoulos said this unit is just one more example of the continual development of Greece’s tourism sector. “The investment here to construct a new five-star hotel advances Athens as a competitive European destination and it serves our tourism development…it is the first step in the commercial promotion of both Attikis Othos and the surrounding area.”

While the new unit boasts all the amenities of a world-renowned five-star unit – bars, restaurants, gym, pool, sauna, etc., its most impressive features are those of security. No other hotel appears to have worked so hard and spent so much on electronic gadgetry to ensure the safety of its guests. Its state-of-the-art technology also allows for extra services, both in its rooms and five conference and meeting halls, found in few of the world’s finer hotels.

The 180-room unit, complete with 11 executive suites and three up-market suites, cost around 18 million euros to construct. It’s a mere eight minutes from the Athens International Airport, 14 minutes from the National Highway, and just a kilometer and one-half from the capital’s major business suburbs.