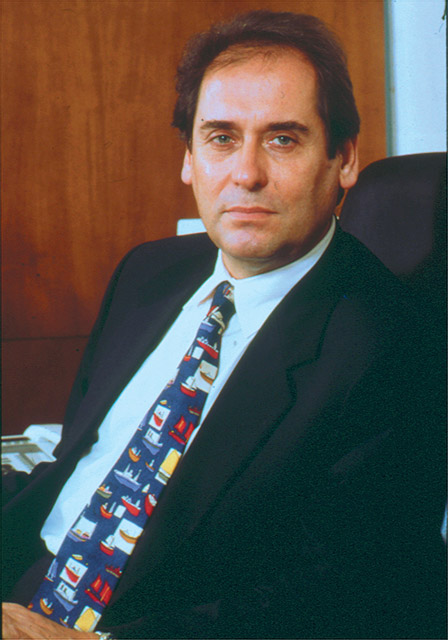 One of Greece’s most prominent coastal shipowners, Makis Strintzis, co-founder and owner of Strintzis Lines, the majority of shares of which were purchased by Attica Enterprises (Superfast Ferries) and was renamed Blue Star Ferries, last month resigned from Attica Enterprises and has taken over as managing director of Hellas Flying Dolphins.

Greek coastal shipowners have taken the bull by the horns and come hell or high water will attempt this year to settle the waters after almost three years of rough seas. For example, last month the Greek Coastal Shipowners Association issued an open threat to the Merchant Marine Ministry. The association said it would take strong collective action if there were any penal or administrative proceedings against any of its members because of increased fares. In its open letter, the association reminded that “after the end of regulation on January 1, the system for free provision of services and competition applies, always within the framework of national and Community legislation.”

It also called on its members to have their fare increases reflect operating costs and the particular characteristics of routes. As well, beyond the purely economic criteria, it asked members to take into account the social repercussions of fare increases.

The ministry maintains that for social reasons it reserves the right to impose a ceiling in economy-class fares. Merchant Marine Minister Manolis Kefaloyiannis, during a recent parliament speech, warned some 300 ferry operators that any unilateral increases were against the law.

Meanwhile, developments in the passenger-shipping sector continue to accelerate. Gerasimos Strintzis has left Attica Enterprises, which took control of his Blue Star Ferries line, and is said to be taking over the helm at Hellas Flying Dolphins. And Kostas Agapitos, who has his own ferries plying the Aegean, is to take over Dane Lines after an agreement with its major shareholder, Anek Lines.

Add to this the fact that the monopoly of Greek passenger shippers ends on November 1 and foreign firms will be allowed to compete for market share in routes in the Aegean and Ionian seas.

Last year, domestic passenger shippers made a great effort to contain costs. They also completed negotiations with banks for a restructuring of their debt with more favorable terms. It is an indication of their success in both that the passenger-shipping index on the Athens Stock Exchange showed the greatest turnaround of all sector indices.

In general, 2003 was a good year for passenger shippers, despite the fact that the war in Iraq and the SARS scare hit international tourism.

That does not mean that difficulties are over, however, as competition on most routes is intensifying.

Nonetheless, Attica Enterprises (Superfast Ferries and Blue Star Ferries) confirmed its leading position in the sector last year with an increase in earnings.  Minoan Lines returned to profitability in 2003, posting net profit of 1.3 million euros, after two seasons with losses. ANEK’s results also improved in 2003 with a net pretax profit of 4.09 million euros. NEL, however, showed both turnover and pretax profit decrease, and Dane Lines remains on the verge of bankruptcy.