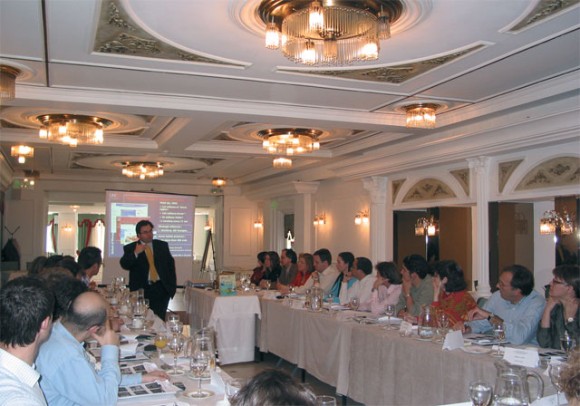 Dr. Dimitrios Buhalis of the University of Surrey tells why Greece’s eTourism market is still in the infancy stage.

The majority of Greek Internet sites are in the early stages of development concerning electronic tourism, said Dr. Dimitrios Buhalis of the University of Surrey during a seminar held last month in Athens. The seminar analyzed a recent study done by the speaker where 348 Greek tourism web sites were evaluated.

The study found most Greek tourism web sites very simple and with a restricted amount of information and with low quality interfaces. Most sites, said the study, were created by outside companies because of time pressure and a general lack of technical knowledge. This led to a clear lack of overall strategy concerning electronic commerce as most sites evaluated were no more than electronic brochures.

Only 45.6% of all sites evaluated had hyperlinks, said the study. It also found that Greek tourism enterprises created their sites not to counter competition, but to improve services to their clients, to communicate with them directly and to give customers a service they now demand.

The study said that most Greek tourism enterprises underestimate competition from markets abroad where the Internet enjoys more usage than in Greece. One conclusion of the study was that Greece lacks a general strategic plan, which provokes confusion within private enterprises.

There is also the problem of low Internet usage in Greece, especially when compared with countries that are Greece’s major tourism markets, such as the UK and Germany. The study’s authors said the greatest challenge for Greece in the next decades is to invest in new technology so as to show off its domestic tourism products.

No Increase Expected in Domestic Travel this Year