All of Greece’s top government leaders met last month with the International Exhibition Office’s inspection committee to discuss guarantees for the holding of Expo 2008 in Thessaloniki. The committee then visited Thessaloniki to request clear guarantees of the city’s capability to organize Expo in 2008.

(Thessaloniki is on the short list to host Expo with two other cities; Saragossa, Spain, and Trieste, Italy. The inspection committee meets again with the three city representations this June in Paris. The final decision will be made in December.)

Tourism leaders here, however, say the committee may look at Greece’s handling of the 2004 Games as an example of the country’s capabilities in handling major events. As well, the committee members may be swayed by the lack of preparations being made by Patras in organizing Patras Cultural Capital of Europe 2006. 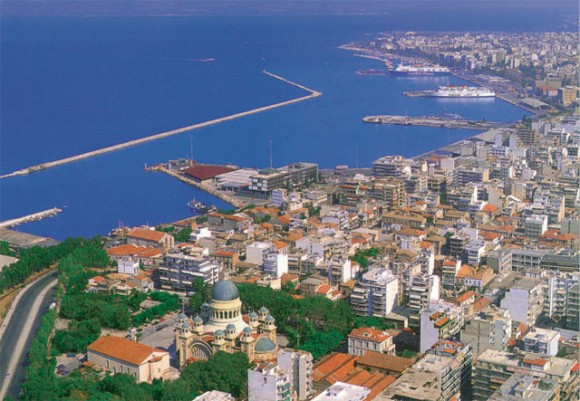 Patras is having its problems. Similar mistakes and delays made in Athens in the organization of the Olympics, which caused the city to miss an opportunity to make substantial improvements and to take advantage of the immense tourism possibilities, have been taking place in connection with Patras as Cultural Capital of Europe for 2006.

“We are already way behind, both with infrastructure projects and in scheduling events,” says Dimitris Pefanis, head of the Achaia Tourism Development company and managing director of Patras 2006. “We want to further the economic development of the area by developing tourism,” he explained, “because this is a strong area with lots of assets for urban and cultural tourism.”

But some of the most important events to be organized for Patras Cultural Capital of Europe 2006 celebrations are now at risk of being cut from the program altogether, according to recent press reports. Artistic Director Thanos Mikroutsikos says that it’s 20 months to 2006 and nothing has been done. Not one euro has been provided.

During a meeting between Culture Deputy Minister Petros Tatoulis and representatives of the Patras organization, the deputy minister made reference to the fact that 2006 is not very far off and questioned just how many projects could be completed by then. The Patras representatives said that what could be completed in time was one thing, but what needed to be done to boost the local economy through cultural tourism was quite another.

Mr. Tatoulis responded that it would be impossible for the entire amount (108 million euros for projects and 30 million for events) to be drawn from the state coffers in such a short period of time, since, up to now not a single euro has been put toward the project.

Representatives of the Municipality of Patras and Patras 2006 stressed that they would not accept one euro less than the amount promised by the previous ministries of culture and finance. “Already the amount we have requested is insufficient, especially in comparison with Thessaloniki, which was the Cultural Capital in 1997 and which received four times the amount we need.”

Patras is at the center of a triangle of unique archaeological interest, the highlights of which are Delphi, Olympia and Epidaurus. It has a port which links Greece to Europe and through which 1.4 million tourists pass every year. This year will also have the added benefit of the Rio-Antirio bridge, which is said to be the most important of its kind in Europe.

If all these factors are properly exploited and effectively connected with Patras 2006, together with the infrastructure works and the publicity the area will get, then there will be great development in tourism.

A development company has been set up for Patras as the European Cultural Capital. Mayor Andreas Karavolas is the managing director and board members include members of the prefecture and government and Hellenic Tourism Organization representatives.