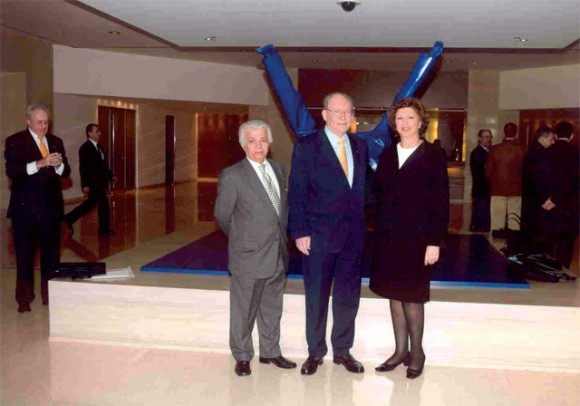 Some 280 hotel managers from throughout Europe arrived in Athens recently to take part in the European Hotel Manager Association’s 31st general assembly. During the assembly participants heard in-depth reports on Europe’s hotel industry and its difficulties.

A hotel benchmark study by the firm Deloitte showed that during last year revenue per room in European hotels dropped 7.5% to 67 euros from the 72 euros registered per room in 2002. When compared with the year 2000, considered a good year for tourism, the drop reached 18%. Of the 37 European cities in the study, only four (Vienna, Jerusalem, Hellsinki, Dublin) registered an increase in room revenue, while 15 posted double-digit drops in room revenue. Major cities such as Amsterdam, London and Paris felt the crunch as the flow of visitors from America and Asia dried up.

But while southern European capitals posted an average drop of 4.2%, according to the study, Athens posted a drop of 11.2% in revenue and an 11.6% drop in occupancy.

A recent study by JBR Hellas, a member of the Horwath group, shows that not only hotels in the Athens area are suffering. When taken all together, hotels throughout the entire country posted a drop in room revenue of between 5 and 10%, he says. And while most expenses remained close to the level of the year before, labor costs increased by about four percentage points.

JBR Hellas’s general manager, Aris Ikkos, says Greek hotels need a complete plan and marketing program that would correspond to the new marketplace environment, and they must refrain from creating a ‘dinasour’ sector. As well, he says that the hotel sector must develop with the idea of “how will I ensure that I can fill what I have or what I want to build” instead of “first I’ll build it and then I’ll fill it.” And that would entail direct customer selling against dependence on tour operators.

According to an earlier JBR study, the Mediterranean will continue to be the biggest tourist destination worldwide, even though its share as a tourist destination is expected to decline, and it is estimated that it will receive 22% of all arrivals worldwide until 2020. Tourist arrivals in Greece are expected to rise until 2020, with an average growth rate of approximately 2%. Furthermore, Greece will maintain the same clientele, mostly from countries that already provide the tourists to Greece. None of the countries whose outgoing tourism is developing fast will be in the top 10 list of clients for Greece.

As a tourist destination Greece has a good image. It is considered a safe European destination of the Mediterranean and with very little negative prejudice against it. At the same time, the country possesses an image of a unique and special destination, which allows it to bear the image of individual tourism rather than of mass tourism.

The study said that contribution of tourism to the Greek economy represents approximately 7% of GNP. Total receipts from tourism in the year 2001 totaled about 10 million euros, which represented an increase of 1.9% in relation to 2000 and placed Greece in the 10th place worldwide in terms of tourism income.

Tourism Arrivals down Slightly in 2003