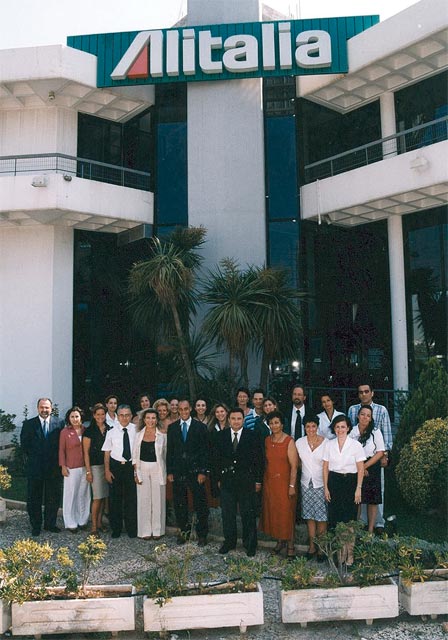 Alitalia’s Athens office and its staff.

At a time when most airlines are concentrating on cutting costs and routes, Alitalia took a brave step forward and opened a new route from Thessaloniki to Milan recently with two daily flights. The first flight leaves Thessaloniki at 6:20 and the second at 13:30. Alessandro Amadeo, Alitalia’s general manager for Greece and Cyprus, says he expects the flights will run with a 70% load factor and that he is very optimistic for the future.

“The traffic composition in Thessaloniki shows that the demand is mainly concentrated to Milano and to other important European and American destinations,” says Mr. Amadeo. “In this respect, Milano, being our major hub for onward travel, gives a plethora of connecting opportunities to our valued passengers out of Thessaloniki.”

He says that the expected traffic out of northern Greece is mainly leisure traffic, which has all the major cities of Europe, such as Paris, London, Madrid, Barcelona, and Rome as the final destination. This traffic is somewhat seasonal, he says, which means that the peak periods are the weekends and holiday weekends, summer, Christmas and Easter.

But he doesn’t limit traffic to leisure. “Business travelers represent another important segment of traffic and these passengers fly to the major business cities such as Milan, Bologna, London, Paris, Munich, Zurich, Frankfurt, Brussels,” he says. These passengers travel all year round, but the demand reaches its peak during the period the major exhibitions take place in Europe. 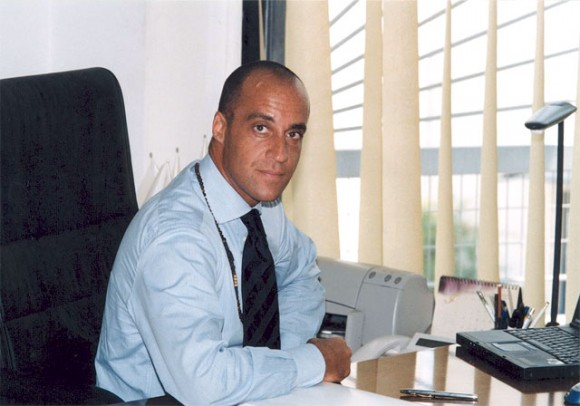 For the Italian market, Mr. Amadeo says that the new route is a new challenge as well as a great opportunity.

He says a lot of Italians visit northern Greece from other points in Greece and that this new operation fills a need for both the leisure and the business passengers. “Special sales actions have already been implemented,” says Mr. Amadeo, “and Alitalia Italy from their side will do all possible to make this operation successful.”

Alitalia Greece, among several activities done on the occasion of the new operation, has launched the new flights through a communication campaign to trade and consumers, which includes the promotion of special pricing offers dedicated to both leisure and business travelers. Mr. Amadeo says that other similar actions dedicated to different specific segments of traffic may be implemented in the near future depending on the market needs.