Hellas Jet Officially in the Air 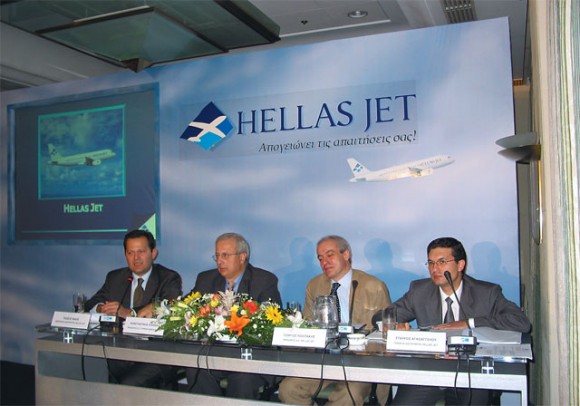 Greece’s newest airline, Hellas Jet, held its first meet last month to officially inaugurate its airline and flights from Athens to Brussels, London, Zurich and Paris as it finally received all necessary licenses. Company officials said the carrier would claim a leading role in the European airline environment but has no plans to get involved in the Greek domestic market.

“We are a small airline and we’ll take small steps by concentrating only on short-haul European destinations,” said the airline’s commercial director, Tassos Mais. The airline, however, has gotten involved in leasing aircraft for short-term charter arrangements.

He said that Hellas Jet is an airline modeled after the most dynamic and contemporary European airlines.

“Its essence uniquely combines the consistency and the reliability of an international airline with the main attributes of its Greek identity: warmth, friendliness and hospitality,” added Mr. Mais.

He also said that the sound capital share of the company safeguard the performance of all necessary investing actions that will enable Hellas Jet to claim a leading role in the European airline environment. The airline is 49%-owned by Cyprus Airways. Omega Bank owns 26% and a subsidiary of Alpha Bank the remaining 25%.