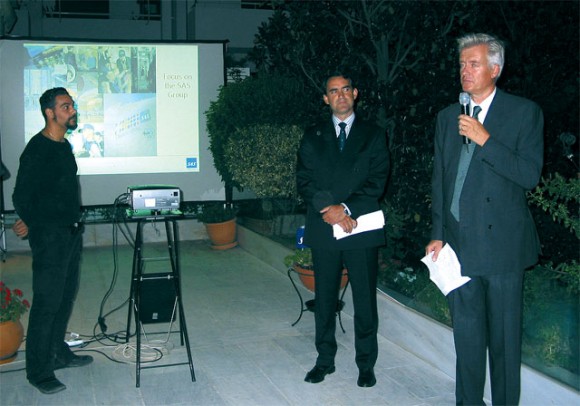 A schedule of daily flights from Athens to Copenhagen & Stockholm was announced by the low-cost carrier Snowflake.

A schedule of daily flights from Athens as of next March was announced last month by the low-cost airline Snowflake, a subsidiary of SAS, during a reception held at the Swedish embassy here. Presently, Snowflake flies from Athens to Copenhagen and Stockholm.

Despite the heavy atmosphere, due to the recent assassination of Sweden’s minister of external affairs, the Swedish ambassador for Greece welcomed guests. He mentioned that Greece is the second preferred country for Swedish travelers and he expressed the hope that Prime Minister Simitis’s convergence program will equalize Greek wages with that of the rest of the Europeans so as they will have the opportunity to travel abroad more frequently, particularly to Sweden.

Snowflake executives said that the low-fare carrier began executing flights out of Athens to Copenhagen and Stockholm in April of this year and that each flight had a good passenger-seat ratio. And according to the winter schedule, which began October 26, Snowflake flies every Wednesday and Sunday to Copenhagen and every Monday and Friday to Stockholm.

Snowflake fares start at 43 euros. In Greece the carrier is represented by WAS (Wayfare Aviation Services). Bookings can also be made at www.flysnowflake.com.