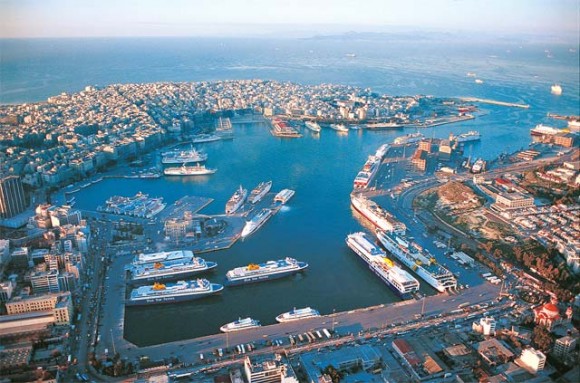 Blue Star Ferries managed to increase passenger traffic on the Piraeus-Chania route by some 43% during the month of July when compared with traffic on the route in July of last year. Its vessel Blue Star 2, which was placed on the route this year for the first time, covered almost half of all passenger and car traffic, according to a company report. Another two passenger vessels and one transport vessel, all owned by ANEK Lines, ply the route.

Blue Star’s main shareholder, Attica Enterprises (Superfast Ferries), was the first in the sector to use modern business practices to pull Greece’s ferry sector out of the doldrums. With a succession of new vessels and unheard of business smarts, the company came from almost nowhere and quickly became the leader in the sector.

The company, with mostly all new vessels, may be one of the few to be operating within the next five years. According to a recent study, at least 95 of the 123 Greek vessels in service today will not be sailing as passenger ships in 2008. Some 71 percent of the current fleet accounting for 88 percent of the passenger carrying capacity will be gone within five years if no changes are made to the law deregulating Greek coastal passenger shipping. The main clause in the law says that all ferries must be phased out when they reach 30 years of age.

Greece has long been the only European country to have a maximum age limit on vessels carrying passengers between the country’s hundreds of ports and islands. That upper limit was 35 years for passenger carrying classed ships. In 2001 that limit was reduced to 30 years, and it will be enforced in stages between 2005 and 2008.

And while Greece’s main ferry companies have invested in new vessels over the past five years -they have invested some 3 billion euros to buy 37 new ships- present profit margins find them in a difficult position to not only buy more new vessels to replace old ones but also to pay the loans on the vessels already purchased.

Another black cloud hanging over the sector is January 1 of 2004 when the Greek ferry market ceases to be a protected one and opens to all European-flag operators as the market because liberalized.

But not all is lost to ferry owners. To ensure no Greek island is stranded, an annual budget of 30 million euros will be used to subsidize services. And this opens a door of opportunity for operators of vessels forced into retirement. By downgrading ferries from passenger and car carriers to roll-on roll-off truck carriers, a different set of safety and navigation rules and standards applies. Most importantly, there is no 30-year age limit. Some ferry operators have already taken this route.

Ship owners say they will go to the European Court in the new year if there are no changes. Owners say the law does not provide for full deregulation as demanded by the EU because it still allows the merchant marine ministry to intervene and change shipping routes when claiming reasons of public interest.

The law also regulates crewing and the price of fares, imposes levies for third parties and a series of discounts on tickets and allows the state to dictate several strategic decisions in addition to the age of a ship, such as the time a vessel must spend in service and in port.