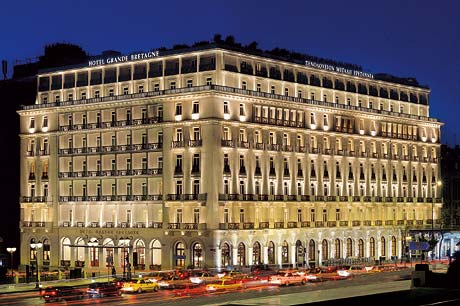 Hotel Study 2003, which has just been released by JBR Hellas, shows that the gross operating profit of Greek hotels last year dropped by some four points. Resort and first-class units are reportedly down even more by 5-10%.

Aris Ikkos, JBR’s general manager, says the report is particularly worrying in light of the difficulties being faced by all hotels this year and especially resort hotels. He adds that the drop in profit comes at the same time as units showed an overall increase in revenue. The increase came as a result of the addition of new rooms and an increase in food and beverage sales.

According to Mr. Ikkos, the main reason for the drop in profit was the increase in employment costs at most units, which has reached 40-45% of total costs. He said that last year employment costs increased from 2 to 9 percent because of higher wages and the addition of staff.

A lot of the units in the study, he said, added staff last year in an attempt to increase the quality of services. On the other hand, hotel units last year cut marketing and management costs by up to 4%, he said.

Additional information on the study is available within the Internet site www.hotelstudy.gr. The study was under the auspices of the Association of Greek Tourism Enterprises and was supported by the Internet tourism news service TravelDailyNews.

A Gem Hidden in the Center of Athens