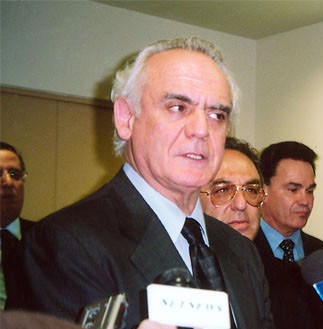 Development Minister Akis Tsohatzopoulos told regional authorities and tourism professionals in Chalkidiki that we needed a national promotional plan for tourism and that we must create a marketing company that would have the responsibility to promote the country’s tourism product. He also discussed Chalkidiki tourism promotion and the problems there concerning illegal tourism lodgings as well as the area’s poor road network and lack of clean-up plans.

He promised to solve the aforementioned problems that concern the tourism sector and then announced his plans for national tourism promotion.

“We want to promote tourism on a mass basis,”he said once again. “We want a national plan for the promotion of the country’s tourism product and we are in the process of doing just that.” He explained that the plan would include regional promotion with the creation of a local marketing company where both the local government and the private sector would participate with the cooperation of the Hellenic Tourism Organization.

“This is the basic initiative we have to complete at the present time,” he said. “We want to develop and  improve our tourism policy so as it reaches a higher quality level.”

He then referred to possibilities available to promote Greek tourism worldwide, and all year around, through the use of the recent agreement signed with Hellas Sat (Greece’s new satellite). He stressed that the government’s aim is to succeed in showing the uniqueness of our tourism product against that of Italy, Spain and France because in the final analysis these are our basic competitors.

Concerning the subject of star categorization for hotel properties, the minister said that the required change is in parliament. Recent press reports, however, say that the studies which began in March of 2001 to find the best way to change some 8,500 hotels to a star category will most likely be cancelled. Instead, articles refer to an automatic changeover from present categories to the best star category each represents. All under the hotel owner’s responsibility. For example, units that are now classed as deluxe units would automatically change over to five-star units, first-class units would turn into four-star units and so on. Government had initially said that the final date for the complete changeover to star categorization was March of 2004.

And with reference to the formation of a tourism chamber for the country, he tried to explain that this concerns the joining of chamber sectors that are involved in tourism so as to create a national confederation of tourism activities. In this way, he said, there would be a single tourism businesses body that could get operational permits from the Hellenic Tourism Organization.