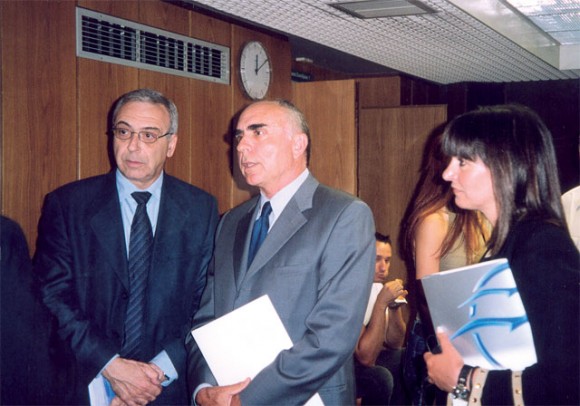 As part of its Greek culture offer, Aegean Airlines co-sponsored a CD recording of 21 rare Greek island songs and music from a collection by Simonos Kara. At the presentation of the CD are: Aegean’s sales manager, Stavros Daliakas; Aegean’s chairman, Theodoros Vasilakis; and the airline’s public relations manager, Roula Saloutsi.

Aegean employs more than 1,300 to carry out its more than 110,000 flights since initial operations began. Thanks to the experience of the airline’s staff, Aegean has created a name for itself at its base, the Athens International Airport Eleftherios Venizelos, as having the best on-time departures and arrivals from the airport. It has also received awards from international organizations for its excellence, such as the International Organization of Flight Safety and the Association of European Regional Airlines.