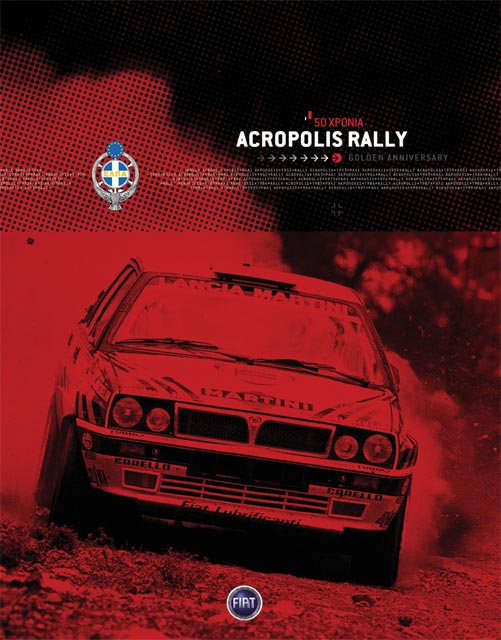 This year’s 50th anniversary of Acropolis Rally marks the 6th round of the 2003 World Rally Championship and the biggest annual motor sport event in our country.

The event takes place from the 5th to the 8th of June with two major novelties. First, the Acropolis Rally will be hosted for the first time by the city of Lamia.

The second has to do with the Super Special Stage, which will be organized in the old service area of Lilea.

Although the ceremonial start will take place in Athens, the rally headquarters, the media center, the one and only service park, the “scrutineering”, the park “ferme”, the start and finish of legs and the finishing ceremony, will be located in the Lamia National Trade Center.

Thousands of spectators and TV viewers will get the chance to admire once again this year, some of the well known “rough” stages of central Greece, the same that made the Acropolis Rally one of the most traditional, spectacular and unpredictable event in the WRC.

The two first legs have some minor changes compared to last year’s, however the third leg consists of three completely new stages.

After many years the Acropolis Rally returns to a magnificent mountain in Central Greece, where some of the most well known stages, like the famous “Tarzan”, used to take place. The new service park, located within the city, is designed to assist competitors and teams alike, while providing amusement to rally show visitors.

Around The World With SkyTeam