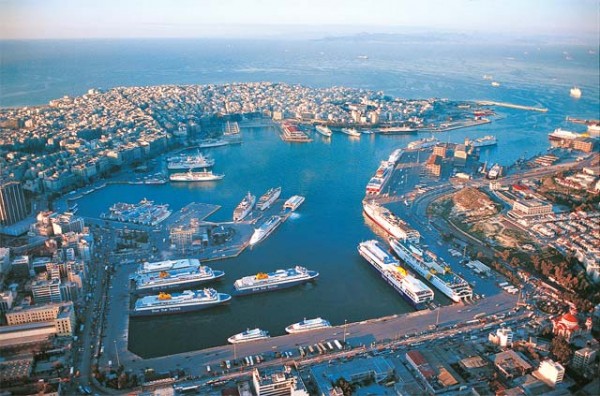 Traffic on our new routes is even better than we expected, says Blue Star Ferries (Strintzis Lines) sales and marketing director, Michalis Sakelis. “We are particularly pleased and pleasantly surprised with the traffic on our new Piraeus-Chania route,” he says.

Not only has the new Blue Star 2 picked up passenger traffic from its competition on the route but also it managed to increase overall movement on the route by some 36%.

Mr. Sakelis says this is due to a number of reasons, the not least of which is the vessel itself, one of the most modern and up-market ferries sailing in Greek waters. Add this to the fact that the trip with this modern vessel takes a mere five hours and 45 minutes and you have a winning combination. He says the time factor alone allows Greek travelers to take weekend breaks to Crete and business people can get a good day’s work done and then return home with a minimum of time lost from their home base.

As well, he says, prices are extremely competitive with those of flights to the island. Thus, together with the short time of the sailing, many travelers forsake the air for the pleasure and comfort of a sea journey.

This trend is expected to continue throughout the year with an average increase at year-end of 36% in new traffic, he says, and with Blue Star 2 carrying about one-half of all traffic from Piraeus to Chania.

He believes that the line will also benefit from the slowdown in charter arrivals to a number of Greek destinations, especially the Dodekanissos, as the drop in foreign arrivals will be picked up by Greek travelers when hotels in the area promote domestic tourism with very low prices.

The Dodekanissos route, which Blue Star launched last year with its new Blue Star 1 vessel, has a similar story with Piraeus-Chania. Traffic on this route also increased dramatically, around 30%, for similar reasons as cited above for the Chania route.

Mr. Sakelis says he does not expect to see any changes in the trend this year or any changes in present routes covered by Blue Star Ferries. Nevertheless, “I don’t exclude the possibility as we continually follow any and all changes that take place and we are ready to adapt to them quickly,” he says.

He adds that the company is interested in strengthening its fleet with yet more new vessels that would be ready in 2005 if a deal is struck with shipyard in the near future. “We are looking at numerous routes for new vessels, but first we must see what movements our competition make,” he says.

He did not deny or confirm recent reports in the Greek press saying that Blue Star is just a breath away from signing an agreement with a shipyard in Korea for the construction of two new vessels similar to the Blue Star Naxos and Blue Star Paros. Construction costs are estimated to reach some 60 million euros.

Meanwhile, the company’s newbuild Blue Star 2 runs the ferry route from Piraeus to Chania, Crete, in just five hours and 45 minutes. The vessel, built in 2000, plies the route at a speed of 28 miles an hour and carries up to 1,900 passengers and 700 vehicles. Blue Star 2 leaves Piraeus daily at 16:00 and leaves Chania daily at 23:30.

The Blue Star 2 boasts an a-la-carte restaurant as well as a self-service one. Passengers can also enjoy the vessel’s nightclub, bars or even go shopping in one o the many boutiques on board. And while Mom and Dad enjoy the huge lounge area, the children can romp around in Blue Star’s playground.

Blue Star now has five new vessels on routes to the Cyclades Islands, the Dodekanissos Islands and Crete.

Earlier this year, as part of Blue Star’s program to renew its entire fleet, the company sold one of its older vessels, built in 1972, the Blue Galaxy. Of its present fleet of 12, six are new vessels.